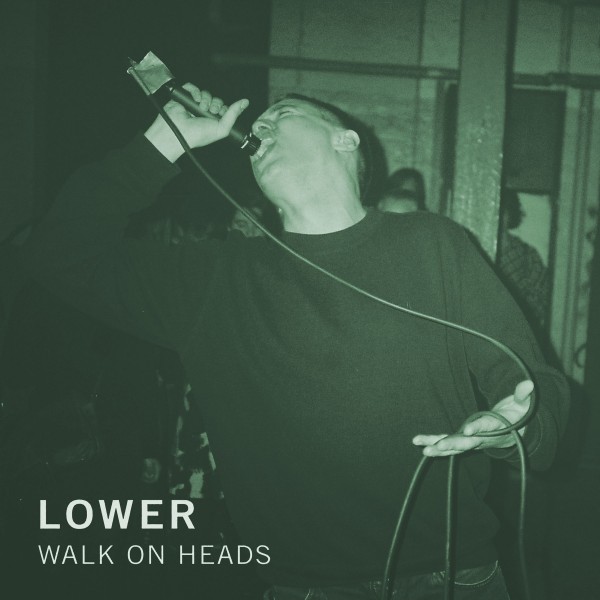 Considering Denmark stocks itself with “the happiest people in the world,” it’s a bit bizarre then that Copenhagen has become an agreeable exporter of hardcore punk rock. Just last year, Iceage floored everyone with its debut LP, New Brigade, and now its fellow Escho labelmate Lower arrives to rupture similar ear drums. The outfit’s latest four-track EP, Walk On Heads, is a couple of dimes past eight minutes and yet it’ll take hours out of your day.

Sparing no time, frontman Adrian Toubro explains his aggression on “Craver”, screaming his head off on how he’s “ignited by boredom” and has a “craving for oxygen.” On each track, he’s always at the frontline, echoing the leading post-punk charisma of Wire’s Colin Newman, but he’s aptly supported by bright folks. Drummer Anton Rothstein and bassist Kristian Emdal shine as a kinetic rhythm section born out of the basement, while guitarist Simon Van Formann runs alongside Toubro with lethal injections of fuzz and reverb. On “Craver”, especially, Van Formann exhibits extraordinary control at the wavering reverb, almost to the point where it resonates like those old military alarms.

“You better save yourself,” Toubro warns on the EP’s closing track, “Lethargy”. It’s a fitting bookend to “Craver”, working off paranoid rhythms that evolve from previous track, “Escape”, an assaultive two minutes that spawn from the lyrical horrors within other previous track, “Pictures of Passion”. This lyrical symmetry sketches out a terrified prophecy, where danger stomps around every corner and angry thoughts turn to fearful rebellion. It’s pretty clever — again, all at around eight minutes.

Last September, Iceage’s Johan Wieth told The Guardian: ”I don’t know if I want to do music forever. Not this music…” That’s not surprising in the slightest, especially since it’s doubtful any of them will stay angry for too long. Still, if Copenhagen continues breeding material this urgent, this aggressive, and this earnest, then us American kids are gonna have to start skipping the band-aids and hydrogen peroxide. Seriously.