Minus the Bear – Infinity Overhead 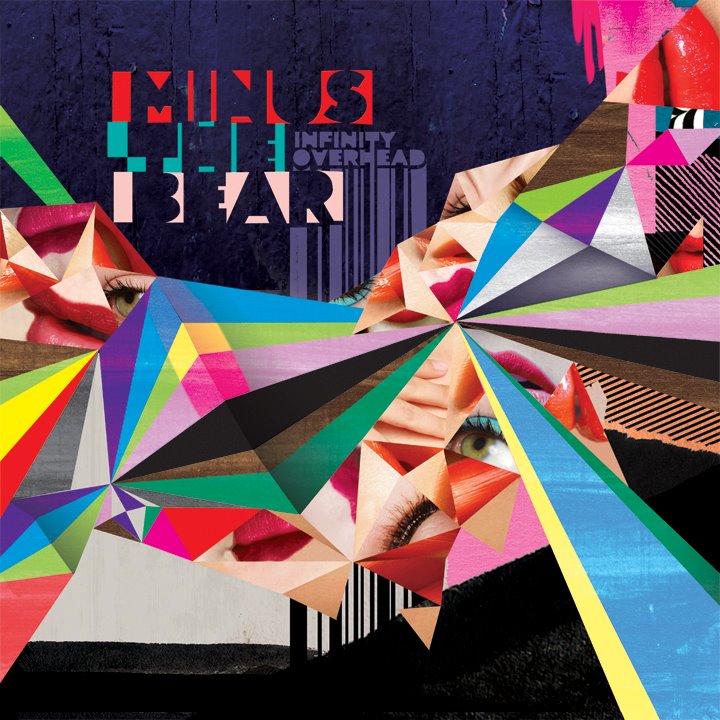 Seattle’s Minus the Bear is a band that has made a name for itself creating music that was as ear-catching as it was resonant with fans of guitar athletics and progressive structures. The band has earned its meal-ticket since 2001 writing danceable indie-pop with a progressive twist that focuses on ex-Botch guitarist Dave Knudson and former Sharks Keep Moving frontman Jake Snider’s use of the two-handed tapping technique made famous by people like jazz artist Stanley Jordan and Eddie Van Halen. The group’s first full-length release, Highly Refined Pirates, was an album that sounded fresh in 2002, and each subsequent release saw the band growing in their ability to fuse odd-time signatures and unexpected guitar-work with accessible lyrics and grooves.

With its fifth full-length release, Infinity Overhead, Minus the Bear have constructed an album that distils the band’s myriad choices. It shows a group that has continued to mature over the years from its reputation for having “that dude from Botch” and ridiculous song titles, to a more song-driven and very rhythmic band.

Infinity Overhead kicks off with “Steel and Blood,” a mid-tempo number that displays the groups penchant for hiding complex timing in a straight-forward jam. However, the track’s head-bobbing nature is superseded by the track that follows it, “Lies and Eyes,” the Infinity’s first full-frontal display of Minus the Bear hallmark sounds and concepts — complete with tapped guitars, flowing synths, and Snider’s smooth vocals. Though these tracks are both fun, they feel a bit cooled-over, and the inspiration is lacking in the songs, as if the band has lost interest in forging new ground in the category of indie-dance music they had previously trafficked.

Infinity Overhead was produced by the Minus the Bear’s former keyboard and synth player, Matt Bayles, who left in 2006 to focus on his production career. Bayles’ production credits are long and storied and include notable records like Soundgarden’s Down on The Upside, Deftones’ Around the Fur, and Mastodon’s Blood Mountain. Bayles also produced Minus the Bear’s 2007 release, Planet of Ice, and –not surprisingly – Infinity Overhead sounds a great deal like that record. The swells of delayed guitars are big and bold, the drums are punchy, and Snider’s voice is placed high in the mix. There are some fun twists to the production, particularly the Daft Punk-esque guitar (or synth?) tweaking on B-side highlight “Lonely Gun,” and the lushness of “Heaven Is a Ghost Town,” a song that meanders through some of the more dynamic bits of the album — particularly the interplay between the song’s organic drums and programmed beats.

Knudson and Snider’s archetypal guitar playing is still present; however, the duo’s tapping and pedal-stomping has morphed from ostentatious to subtle, a path the group began forging on 2007’s Planet of Ice. This might be a place that is somewhat less exciting for guitar fans. The band’s guitar-work –something that drew in many of the group’s fans in the first place — is now more functional. Though tricks and licks always supported the band’s songs, the athletics found on Infinity fit into the songs in a way that feels more complete. This is not to say that there aren’t moments of six-stringed impact on Infinity Overhead; album closer, “Cold Company” shreds more than most other tracks in Minus the Bear’s already guitar-focused oeuvre. As a result, it’s one of the more massive sounding tracks on the entire record.

While the record is not particularly ground-breaking for Minus the Bear, it is still going to please fans of the group’s unique sound–though the odds of it becoming a favorite in their discography are slim. The album touches on just about every idea that has made this group a big deal in the first place, but it lacks the sex-appeal of the group’s last full length, OMNI, and misses the adventure of Planet of Ice.