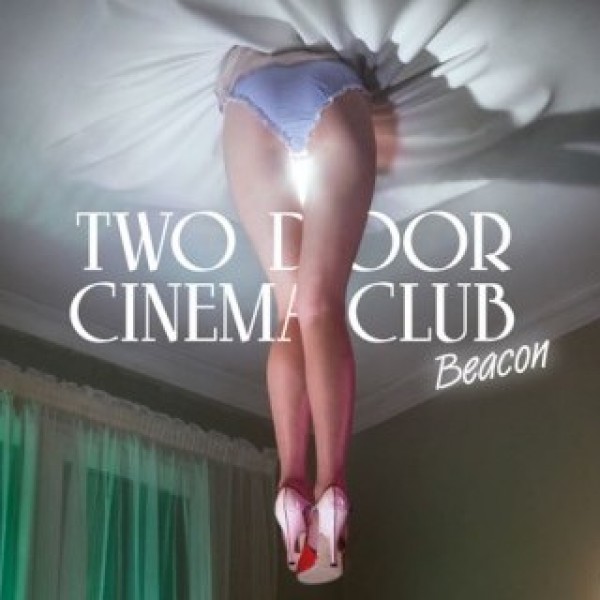 In just about every interview with the three Irishmen who make up the Two Door Cinema Club, they mention that they’re not trying to be a part of any music movement or scene with their polished brand of electropop/rock; they’re just trying to be their own favorite band. After two years of circling the globe in support of 2010’s Tourist History, the indie outfit is back with sophomore effort Beacon.

The transition between the albums feels almost seamless, which will undoubtedly raise a partition between those that are thrilled to have Tourist History part two (a little heavier, a little deeper, a little better) and those that hoped the band would leverage themselves into something new and interesting. Certainly there are differences in these three lads; they’ve seen the world, and it shows. The album opens with the line, “I don’t know where I’m going to rest my head tonight” (“Next Year”) and closes with frontman Alex Trimble repeating during the title track, “I’m coming home”. Homesick lyrics flow into lovesick ones, like on “Spring”, which  gives us, “If I follow you then/ I will need you closer/ One more day is not enough.”

But even though the emotion is kicked up to 11, the music is still dance-friendly (try to sit still during “Sun”) and overflowing with energy (I thought I’d skipped to a bassed-up version of The Bravery’s “An Honest Mistake” when single “Sleep Alone” kicked on). And while the beats and synths are still enough to get the mess that is Perry’s stage at Lollapalooza all riled up, the guitar riffs like the ones found on “Someday” are heavier and more impressive this time around.

Even if Beacon represents something of a musical plateau for Two Door Cinema Club, it’s hard to be mad at a group of nerdy-looking rockstars who genuinely just want to be their own favorite band. Though the in-your-face dance music can overpower the emotional lyrics at times, the combination creates an oddly harmonious balance. The end result is a fun, punchy batch of 11 crisp tracks.