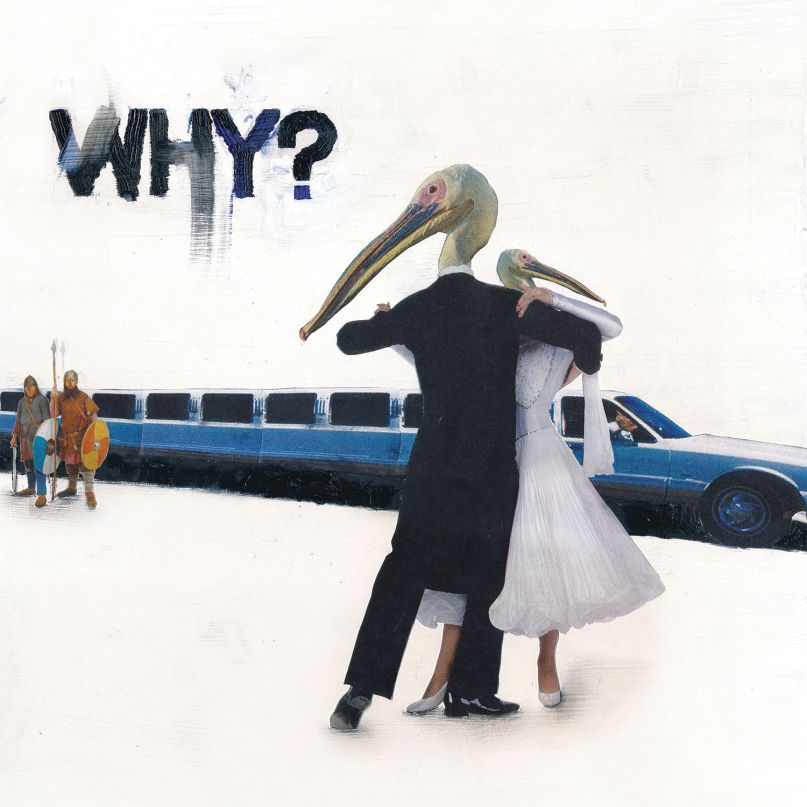 Yoni Wolf first identifies himself with his nasal smirk on the opening title track of Sod in the Seed: “I make decent cash, I’m a minor star,” he coolly drops before indulging his hyper-self-awareness in the lunacy of first world problems. When Why?’s earworm hooks are balanced by this black,comedic lyricism exemplified on “Sod in the Seed”, Wolf’s best material as Why? entrances. When it’s driven too far into the former, however, the results lack the punch that his best verbosity achieves easily.

The title track hits a serious high among Wolf’s catalog, deriving power equally from his history (as a cofounder of odd-rap collective Anticon) as from where he is now (amongst a group of rock ringers, including older brother Josiah). Closer “Shag Carpet” hits a similar sweet spot, pairing sharp-tongued imagery about a bad relationship (“What’s worse is when you finally fall asleep/ I’m gonna go for your purse”) with waving, choral vocals and an oddball xylophone.

When Why? veer too far into the mild sectors of their world though, the end-result never hits that mark — and  sometimes doesn’t even come close. Their last album, 2009’s Eskimo Snow, proved that its relatively serious, un-hip hop paled in comparison to the rest of the group’s LPs. The middle of this EP, unfortunately, does that same thing. “Probable Cause”, with its slow-fade, cooing female backing vocals, marimba, and lustrous piano backing Wolf’s tale of reckless driving, is the best of the bunch. The track dissolves after only a minute, though, barely whetting the appetite. The quirky talk of bird bones and baby teeth on “Twenty Seven” is cloyingly eccentric, and “The Plan” hits some loose, jangly Western balladry.

This EP acts as a stopgap before Wolf’s fifth LP, Mumps, etc, shows up in October, and it accomplishes that trick in good measure, delivering one of the best Why? tracks in years in the title track. Sod in the Seed opens and closes strong, sags in the middle, and succeeds in driving the demand for even more Why? material.