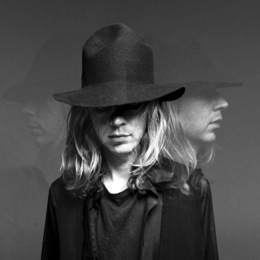 Beck has finally announced a new album… sort of. The acclaimed songwriter has teamed up with McSweeney’s to release Beck Hansen’s Song Reader, “an almost-forgotten form — twenty songs existing only as individual pieces of sheet music, never before released or recorded.”

“Complete with full-color, heyday-of- home-play-inspired art for each song and a lavishly produced hardcover carrying case (and, when necessary, ukelele notation), the Song Reader is an experiment in what an album can be at the end of 2012-an alternative that enlists the listener in the tone of every track, and that’s as visually absorbing as a dozen gatefold LPs put together.

“The songs here are as unfailingly exciting as you’d expect from their author, but if you want to hear ‘Do We? We Do’, or ‘Don’t Act Like Your Heart Isn’t Hard’, bringing them to life depends on you.”

The song reader features original art from Marcel Dzama (who created the imagery for Beck’s Guero), Leanne Shapton, Josh Cochran, Jessica Hische, and many more, as well as an introduction by Jody Rosen (Slate, The New York Times) and a foreword by Beck. The package measures 9.5″ x 12.5″ with 108 pages comprising 20 individual full-color song booklets-18 featuring original lyrics, and 2 instrumentals-with covers from more than a dozen different artists. It will be released in December by McSweeney’s.

In other news, Beck has announced a surprise show at Bimbo’s in San Francisco on August 9th ahead of his performance at Outside Lands.