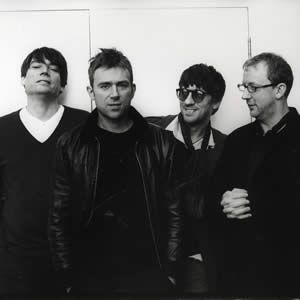 Blur won’t waste much time immortalizing their final (?) performance. On Sunday, the band will headline the closing ceremonies of the London Olympics games at Hyde Park, and on Monday, the complete recording will be released via iTunes. One week later, a two-disc set titled Parklife will be released, containing the Hyde Park recording and a bonus disc of unreleased live tracks selected from the band’s recent warm up shows.

Then, in November, the band will release a deluxe 5-disc version of Parklife, which contains the 3 CDs of show audio and a performance DVD of the Hyde Park gig, along with exclusive CD of tracks titled Blur Live At The 100 Club, recorded at the legendary London venue in August. The discs are packaged in a hardback book containing over 60-pages of exclusive photographs from both Hyde Park and the 100 Club. Pre-orders are now ongoing.