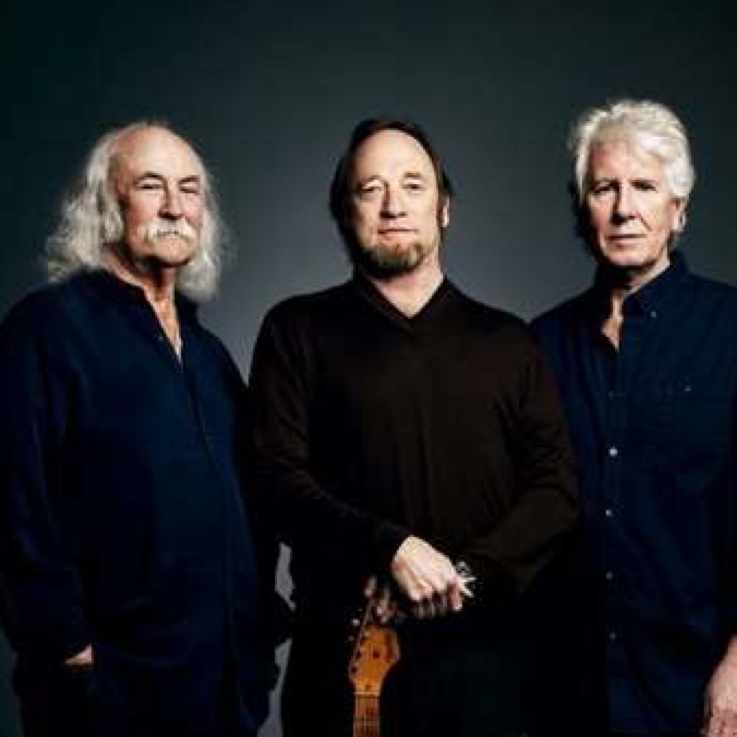 Crosby, Stills, and Nash have extended their ongoing North American tour though the middle of October. Currently, the trek is set to conclude with a pair of benefit shows at New York’s Beacon Theater on October 16th and 17th. From each ticket sale, a dollar will be donated to charity, and seats are available through The Guacamole Fund, a non-profit organization affiliated with other veteran acts like Jackson Browne and Bonnie Raitt.

This announcement follows CSN’s first live video release in over 20 years, CSN 2012, which was unveiled earlier this month. The live DVD and CD package includes interviews with band members and new songs, including a cover of Bob Dylan’s “Girl From the North Country”. CSN 2012 is currently available on Amazon.

In addition, CSN said in recent interviews that they have scrapped recent sessions with legendary producer Rick Rubin, who was slated to produce an album of covers for the band. They did, however, rerecord the tracks that were finished, which include renditions of The Rolling Stones’ “Ruby Tuesday” and The Who’s “Behind Blue Eyes”. The band is still in the process of recording their next original Crosby, Still, and Nash album, Songs We Wish We’d Written.