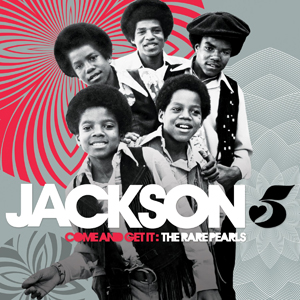 On August 28th, The Jackson 5 return with a 32-track retrospective titled, Come and Get It: The Rare Pearls. The two-disc set sports early recordings of the familial Motown collective that would eventually launch the King of Pop‘s dynamite career. While the collection includes a handful of covers (The Supremes’ “You Can’t Hurry Love”, Randy Newman’s “Mama Told Me Not to Come”), there’s also a number of rarities and unreleased material.

One such track is “If the Shoe Don’t Fit”, a would-be classic if it had only surfaced decades and decades back. Michael leads the way, naturally, but the other four offer their support to elevate the chorus to heavenly heights. Somewhere in there they all ask, “Can you dig it?” The answer is a resounding yes. Yes we can!

Stream it over at NPR. Don’t forget your dancing shoes.