Oneida announces new album: A List of the Burning Mountains 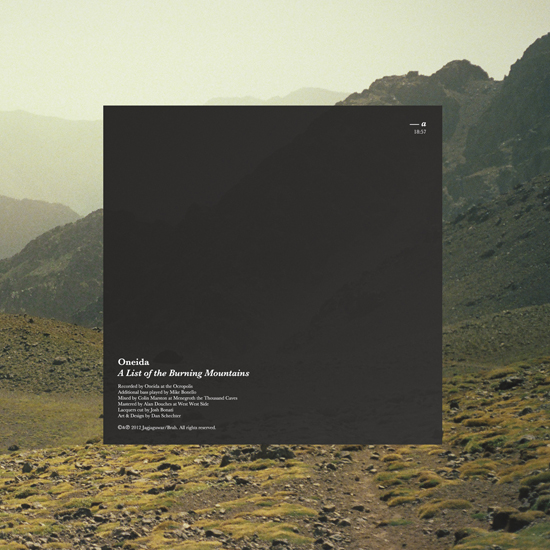 Brooklyn psych-noise outfit Oneida will follow-up last year’s Absolute II with A List of the Burning Mountains on November 13th via Jagjaguwar. The band’s 12th LP in some 15 years, it’s described as “less a traditional album than a tiny sip from an endlessly roiling sea,” with its “drunken-master drumming, howling guitar and scouring drones, (serving as) a concentrated blast from a wholly unique band known for 12-hour live, improvised performances.” As an early sample to the forthcoming noise onslaught, the band has released a three-minute preview that’s available for streaming below.