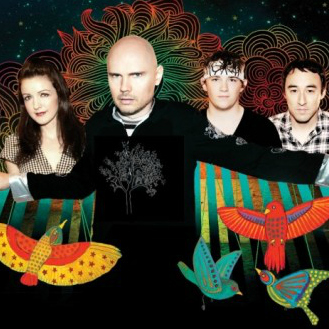 Beginning in October, Smashing Pumpkins will play their first North American tour dates in support of their new album Oceania. The band has already announced the full itinerary for the Canadian leg, which kicks off in Winnipeg on October 2nd and includes stops in Calgary, Edmonton, Vancouver, Toronto, and Montreal throughout the rest of the month. The U.S. leg will begin in Seattle on October 10th Update: The exact dates and venues for each U.S. tour date have been revealed.

For the trek, the Pumpkins will be backed by visuals prepared by Sean Evans, whose most recent project was assisting Roger Waters on the newest staging of The Wall. As a press release explains, the band “will be using new technology in video-mapping to create something new and previously unseen.”

Check out the current tour schedule below. And in case you missed it, listen to our recent episode of Audiography featuring a discussion with the Smashing Pumpkins’ Billy Corgan.