The Sword have their own hot sauce (!) 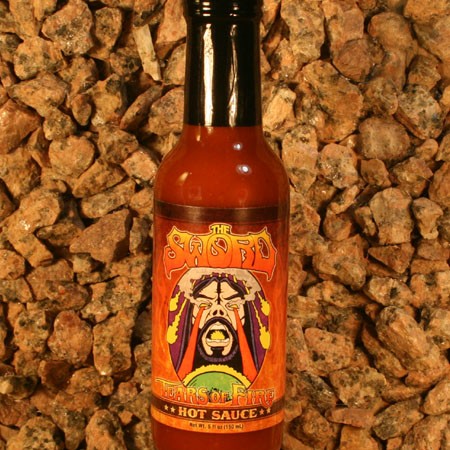 Metal titans The Sword have a new album on the way, Apocryphon, out October 22nd via Razor & Tie. But those blistering riffs won’t do a job on your stomach like the band’s hot sauce, which actually now exists! “Developed especially for the great Austin metal band,” and named after their song “Warp Riders,” the hot sauce fires in at 9/10 — or “explosive” — on the Tears of Joy Heat Rating. In fact, the hot sauce is so hot it was previously banned by the FDA.

Better yet, the hot sauce and the band will be featured on the September 4th episode of Anthony Bourdain: No Reservations. As a press release notes, “Tony grabs a drink with The Sword at their favorite local bar, The Draught House. They then take him to Quality Seafood Market for some fish tacos, fried catfish, and oysters  all with the bands brand-name hot sauce.” Watch a short preview of the episode below.