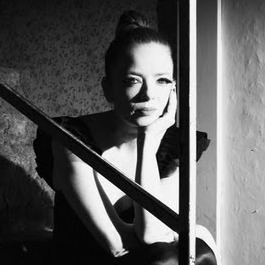 Despite its title, Garbage’s music video for “Big Bright World” isn’t exactly a beacon of shimmery goodness. Instead, the affair’s dominating sentiment is overwhelmingly grim with footage of everything from a jilted Shirley Manson decked out in funeral attire to pool party gone horribly awry (not to mention shots of a cat clearly trying to brainwash viewers). Still, when the song picks up and the sparse moments of color (trees, religious iconography) appear, there’s enough life to make the cavalcade of creepiness and depression worthwhile. It’s kinda like how you have to make it through Monday-Friday just to partay all weekend.

The band’s latest album, Not Your Kind of People, is out now via STUNVOLUME.