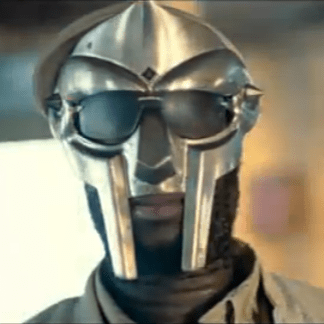 For the first time in some while, DOOM nabs himself a little screen time, starring as the lone attraction in JJ DOOM’s music video for “Guv’nor”. In a way, though, Metal Face isn’t truly alone, as his exploits in a vacant warehouse, smashing chairs and riding a BMX bike, are shot in mirror-image style, creating a sense of unrest in the MC’s movements and making him shine through that much more. What’s really impressive, though, is how he manages to rap and ride AT THE SAME DURN TIME.

JJ DOOM’s debut album, Keys to the Cuffs, is out now via Lex Records.