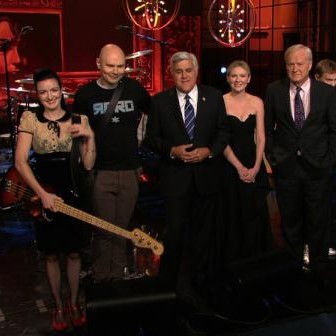 Last night, Billy Corgan and his Smashing Pumpkins appeared on The Tonight Show, where they chopped off Oceania cut “The Celestials”. It’s already been over two months since the album surfaced, so it’s nice to see the tracks still impress this far removed. Corgan’s trademark snarl stabs harder than ever and he’s really grown into this new lineup. Watch the performance below (via The Audio Perv).

Recently, the Pumpkins announced touring plans for both Canada and the U.S.. Consult the cure itinerary below and stay tuned for more U.S. details in the near future.