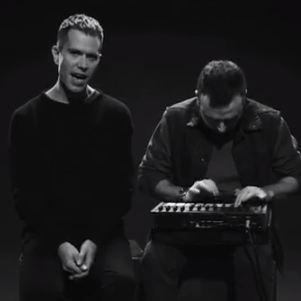 When one thinks of a sea shanty, images of pirates and massive wooden ships inevitably pop up. But The Presets eschew those peg-leg-having scoundrels to celebrate the world of competitive diving in the music video for their electro-shanty “Ghosts”. The black-and-white effort features performance footage of the duo interspersed with clips of these world-class water warriors spinning and flipping in the air like the most graceful of flying fish. Sure, the Olympics may be long over by now, but it’s never too late to feel inferior about your own athletic shortcomings.