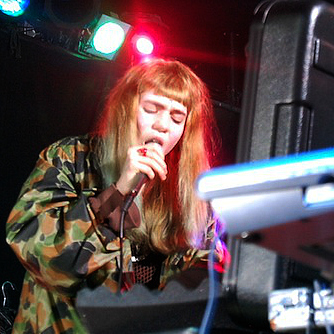 In an interview with MTV Hive last month, Claire Boucher (AKA Grimes) revealed that she’s at work on a more experimental project involving “percussive noise music and also a lot of straight vocal music.” We now may have our first taste of these efforts via new material she debuted in New York City earlier this month. Watch the fan footage below (via @ernestime).

Boucher prefaced the performance by saying “I have some things that are not real songs yet, but are kind of fun.”

Earlier this week, Boucher made her U.S. television debut on Late Night With Jimmy Fallon, performing the Visions track “Genesis”. If you missed it, watch the replay here.