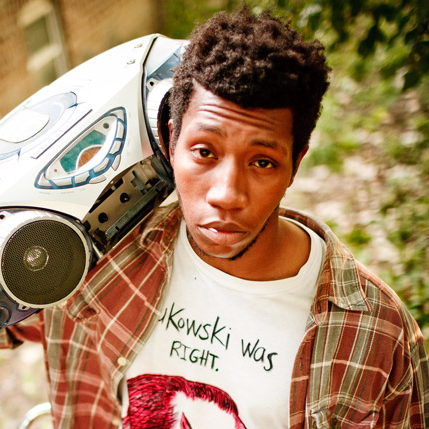 In other news, Beal has adapted his 2010 novella Principles of a Protagonist into an animated short film. Featuring his own illustrations and soundtracked by his Acoustmatic Sorcery debut, the movie will stream on his redesigned website in September.

Speaking of the film, Beal says, “Everything I do is cinematic. Everything I do I imagine what it would look like in the context of cinema- whether writing a song, writing a story or watching a movie and imagining myself in the role of the protagonist walking down the street. The movie for me is amniotic fluid.” (via Brooklyn Vegan)

Beal’s self-drawn video for “Evening’s Kiss” may give you an idea of what Principles of a Protagonist will look like, so check it out below his tour schedule.