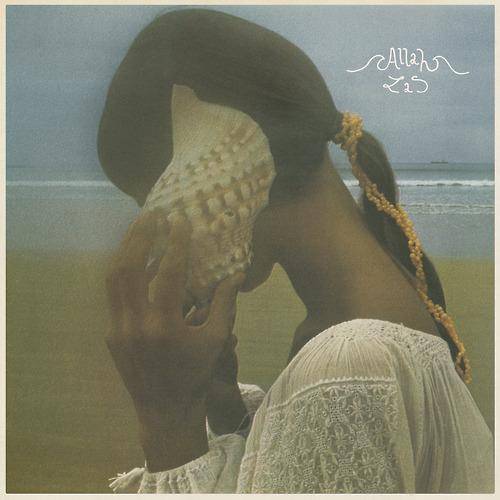 The Allah-Las may be new to the scene, but their self-titled debut travels backwards and takes notes from The Kinks, The Zombies, even Bob Dylan’s humbug drawl. The Los Angeles four-piece turned heads when they were placed on the line up for FYF Fest 2012. And following a groovy performance under the summer sun, the consensus was clear: this band has bottled California, with its romanticism, its gritty stone sidewalks kissed by yellow sunlight. Their EP released earlier this year, (Tell Me) What’s On Your Mind, was indeed a preview of Allah-Las, but the surprises left over for the full-length make this one of the year’s most unexpected debuts.

Take “Ela Novega”, for example, with its punctuating guitar solo, followed by the sage whisper of maracas. “Ela Novega”, which is Slovenian for “began anew,” is like blossoming into the fruits of your youth, with its uncertainties, its poignancy, its cascading and distant harmonics. It encapsulates the moment when youth becomes a memory, boiled down to fuzzy remnants of apocalyptic sunsets and the pangs of love and enchantment.

“(Tell Me) What’s On Your Mind” succeeds in combining lyrics about love, heartbreak, and those perilous emotional walls (“tell me what’s on your mind because I can’t find it”) with laid-back (albeit sophisticated) stoner harmonies. “Catamaran”, “Don’t You Forget It”, and “Long Journey” demonstrate that same level of affinity and accuracy, producing a daringly stylized, yet balanced, effort.

But it isn’t all happiness all the time; if you listen to “Catalina” hard enough, there’s an appealing sadness and hopelessness about the track, perhaps due to the fact that the band’s sound is essentially rooted in dreamy romanticism that can’t last. Though not on the surface a break-up album, the evidence is there (“Vis-a-Vis”). It’s so obviously rendered from the hearts of its band members, four sensitive guys who wanted to make some music about love, and there’s something beautifully honest, vulnerable, and likable about that.