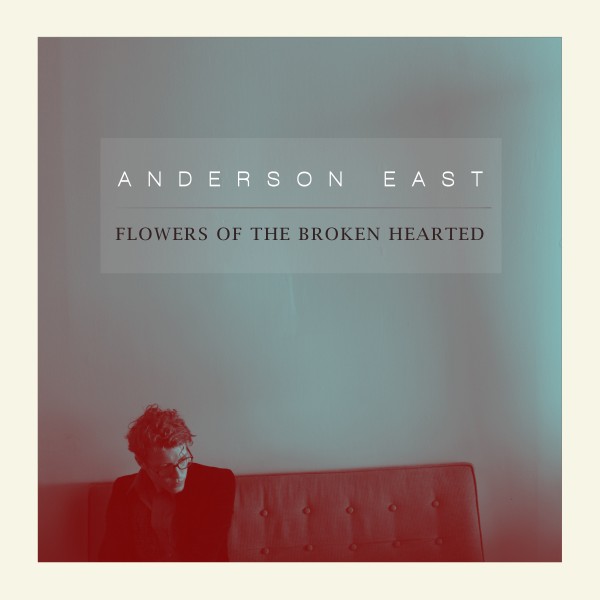 Anderson East grew up in what sounds like the setting of Footloose. “It was a tiny southern town with no music scene at all,” he said of the site of his Southern Baptist upbringing. Naturally, the singer-songwriter, guitarist, and piano player wanted what he couldn’t have, grasped for anything to listen to, and as a consequence started to play music when he was about 10 years old. Now, the Athens, Georgia native and Nashville resident gives us 15 tracks soaked in Americana and soul, evoking the likes of Ryan Adams and Ray LaMontagne.

Flowers of the Broken Hearted is a two-disc set, although it wasn’t originally intended for such a release. The first half, White, was recorded in L.A. with producer Chris Seefried (Fitz and the Tantrums), and the second, Red, came unexpectedly back in Nashville. The first way to describe the result is the most obvious: a break-up album. Told from different vantage points, East dances back and forth along the spectrum of emotions that come with the demise of a relationship.

He gives us a more-fish-in the-sea attitude on album opener “Better” (“Yes I loved you better, better than he will/ Oh, but I love her more, more than you”), traffics in someone-get-this-guy-a-drink sadness on “Memento” (“I’ve been having a hard time being alive when the only thing that makes me right is you”), and a laissez faire wish for a past lover’s happiness on “No Part” (“Piece yourself piece by piece together/ For the first time in a long time, feel like yourself/ And I don’t want no part of it”).

The most interesting story, however, comes in the form of “Fire Song”, a tale about a woman burning down her house to purge her old life. This character calls to mind a liberated version of the leading lady from Dave Matthews’ “Grey Street”: “She’d been waiting for the fire to set her free.”

Filling out the stories and the sadness is East’s voice, an instrument with the ability to recall Ryan Adams (“Lonely”), develop a country twang (“Expiration Date”), and even bring to mind a raspier, more immediate Michael Buble (“English Major”). That versatile vocal instrument is joined by punchy keys, strings dripping in drama, classic electric guitars, and retro-sounding backup singers. And a video of an acoustic version of disc-two track “Ghost” also suggests that East has the vocal chops to execute a pretty powerful live show.