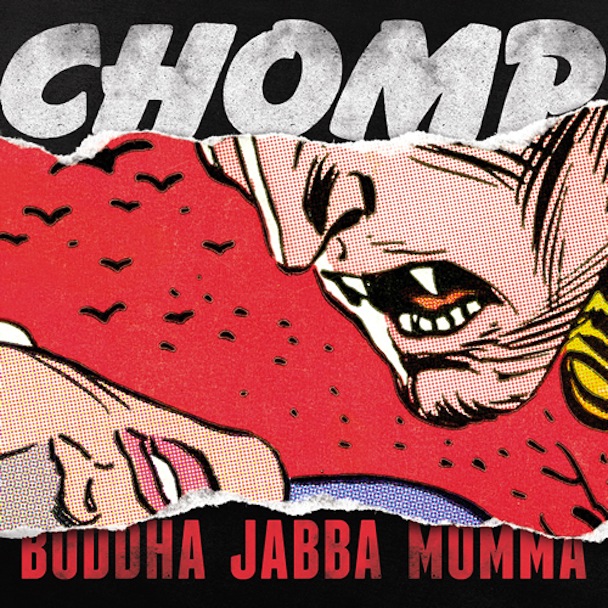 Cloud Nothings guitarist Joe Boyer was hoarding his personal recordings, keeping them stashed away as his band rose to indie stardom after releasing Attack on Memory earlier this year. Although Boyer’s sharp guitar shaped that album, songwriter and frontman Dylan Baldi received all of the acclaim (which he deserved). Cloud Nothings is Baldi’s band.

Boyer is stepping out of Baldi’s shadow and sitting on his songs no longer. Along with Cloud Nothings drummer Jayson Gerycz and Total Babe’s Chris Brown, Boyer formed Chomp as a vehicle for those hoarded demos, which were re-recorded for Buddha Jabba Momma.

The comparison between Chomp and Cloud Nothings is inevitable, and Boyer’s songs strongly resemble Baldi’s earlier material, only sloppier. Buddha Jabba Momma’s half-baked hooks and undeveloped arrangements are smothered in angst, scraping along even during attempts at bouncier power pop. “Hammers and Nails” grates, as Boyer hits massively abrasive non-chords (his strings seemingly go out of tune hallway through the song). He sneers with a repulsive snottiness on “Baited”, and “Mind Rape” drowns him in lo-fi sludge.

The frustrating part is that each of these songs has a guitar riff, chorus, or rhythm that’s pop-punk gold. Opener “Standing to Fail” passes as Superchunk to the untrained ear…until it descends into a sluggish bridge that promptly kills the spry rhythms and catchy leads. Off-key melodies deflate Chomp’s song structures, leaving behind limp spouts of noise.

Occasionally, Boyer latches to a sweet spot. Cute breakup anthem “Done Waiting” grins excitedly at the prospects of being single, and “Fresh Wounds” twinkles like an 8-bit Game Boy tune. These pleasurable moments show potential, but there are so few of them.

Buddha Jabba Momma sounds unfinished, rushed, and consciously sloppy, as if Chomp recreated Boyer’s demos verbatim. Maybe they did. Maybe they were going for spontaneity. There’s a certain authenticity to releasing an album with all its blemishes intact, but Buddha Jabba Momma’s blemishes are more like serrated edges. They’re intolerable.