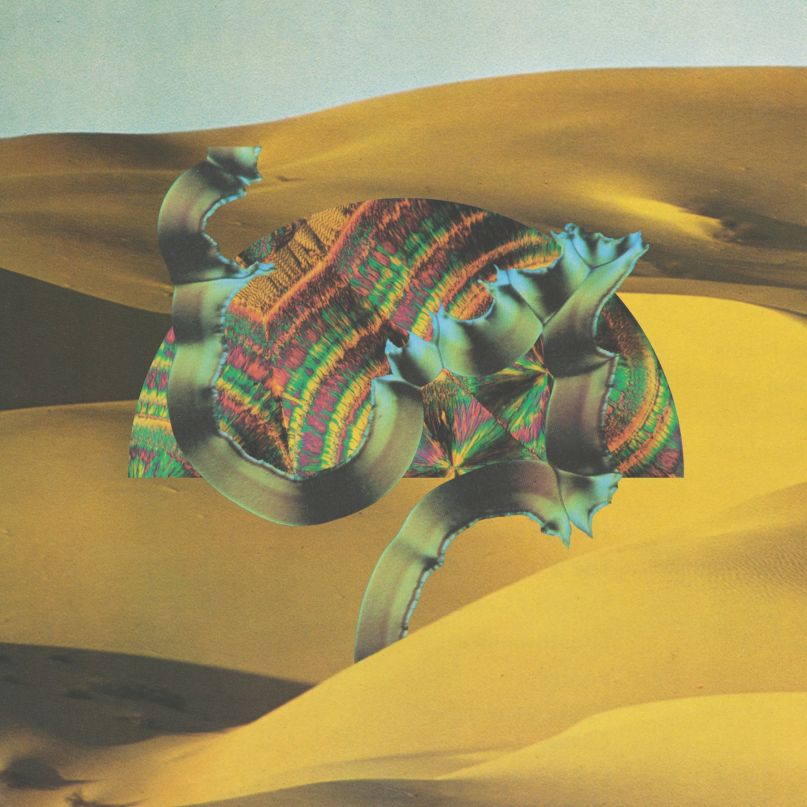 The Beach Boys are the ultimate soundtrack to the summer, their sunny harmonies just begging to be heard while driving to the sand, the windows and roof rolled down. Django Django’s harmonic stylings, on the other hand, would be better suited for cruising in a convertible through space itself (if only such a thing were possible). Transporting the beachy vibe into the future is just one facet of the madcap universe this Edinburgh quartet constructed on their self-titled debut.

Drummer and bandleader David Maclean is the brother of The Beta Band’s John Maclean, and like The Beta Band before them, Django Django draw from a disparate array of influences throughout popular music. Much like his brother’s band, the sonic experiments of David Maclean’s work yield surprisingly coherent results. The hypnotic psych-thriller “Hail Bop” is a hot mess of tribal rhythms, swirling synth gurgles, and surf rock vocals, its tremolo transcending making a label like folktronica seem simplistic. “Zumm Zumm” similarly galvanizes, reminiscent of the wildly percussive side of Animal Collective, but more controlled and complete with 8-bit synths.

Django Django’s penchant for rhythm grows even more eclectic on “WOR”, as the bluesy foot-stomper tears through whatever passes for the Wild West on Mars, all with a siren-charged urgency. If Quentin Tarantino were ever to direct a spaghetti western/space opera mashup, then “WOR” would be a perfect soundtrack selection. Equally attention-forcing is “Default”, which mashes jaunty guitar licks with primal and synthetic beats into pure dance-ability.

For all its spaced-out, psychedelic wonder and tendency to jump all over the musical map, Django Django comes across as too honest to ever feel over the top. Their brand of chaos is a powerfully controlled one. Despite the wildly ambitious flourishes, it’s Django Django’s sense of restraint that allows the album to channel not just the sound of The Beta Band, but charm as well.