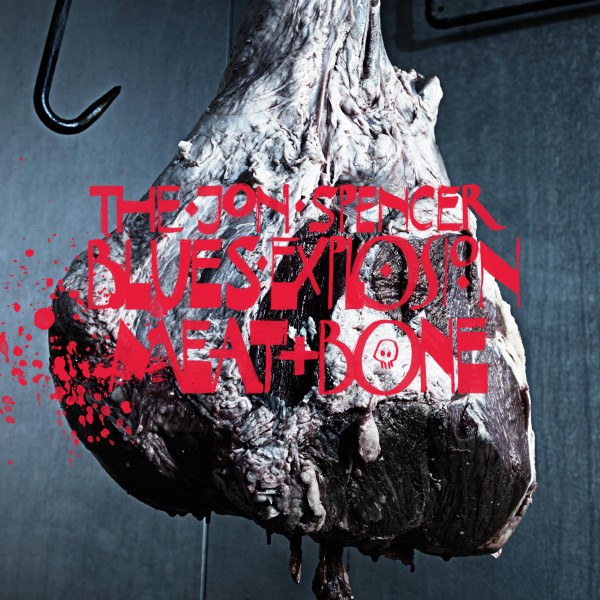 When Jon Spencer disbanded the Blues Explosion following the release of Damage in 2004, many accepted the fact that the most deliriously off-the-wall band in rock and roll might’ve finally run off the rails for good. After close to 15 years of stretching and distorting blues, soul, and garage rock into his own half-crazed musical plaything, it made sense for Spencer to want to step out into new musical territory.

Stupid us, huh? For a band as pumped with sheer madcap energy as the Jon Spencer Blues Explosion, we should have known better than to take the trio’s leave for anything more than an extended hiatus. Spencer’s stuff with Heavy Trash harnessed his penchant for early American rock and roll and finessed it– but you could almost feel the blues maverick clawing at his own skin, desperately looking for a way to unleash the madness within.

And so eight years later, we have Meat + Bone, Spencer’s long-awaited reunion with Blues Explosion cohorts Judah Bauer and Russell Simins. Any concerns with how the band’s erratic, retro weirdness would hold up following the long layoff are completely unfounded, as Meat + Bone is a Blues Explosion record in the purest sense, loaded front to back with fuzzed guitars, vocals doused in kitschy reverb, car-wreck drumming, and general musical weirdness. Like Howlin’ Wolf trying to teach Hendrix guitar on acid, the music is rooted in the classic blues and soul sounds of the ’50s, ’60s, and ’70s, but filtered through the band’s warped noise-rock prism.

Blues Explosion fans will have no trouble warming to tracks like “Bag of Bones” and “Boot Cut”, which sound as at home here as they would on ’90s staples like Extra Width and Now I Got Worry. “Danger”, with an intro reminiscent of Black Flag’s “Rise Above”, slams like a vicious cross between Jerry Lee Lewis and Iggy Pop, while “Get Your Pants Off” rocks on with James Brown-like swagger. Admittedly, the music is as much an acquired taste as it’s ever been, and first-time listeners might find the record a tough initiation. But for diehard fans, Meat + Bone is a long-awaited return to the wild side, with the Blues Explosion offering up all the mutated musical goodness as you can stomach.

Essential Tracks: “Bag of Bones”, “Get Your Pants Off”