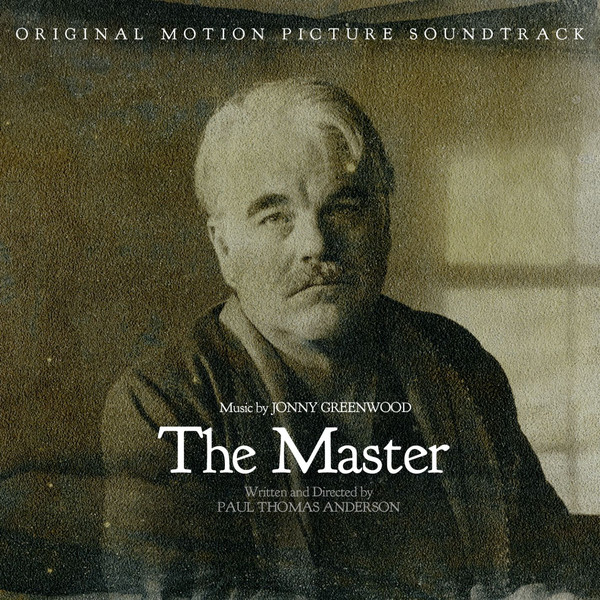 Songwriters and filmmakers are both in the business of telling stories, and there are few things better than when the two lock in with one another. Just ask Paul Thomas Anderson and Radiohead’s Jonny Greenwood, who have forged a spectacularly potent working relationship in recent years. Anderson’s 2007 masterpiece, There Will Be Blood, worked on just about every conceivable front, but Greenwood’s masterfully eerie score drove home the film’s overarching themes of rampant greed and soulless vanity perfectly. Long after its conclusion, the film’s haunting soundscapes linger loudly.

So it was little surprise that Anderson once again reached out to Greenwood to score The Master, the director’s long-awaited meditation on the power of cult in post-World War II America. Anderson’s latest, like Blood before it, is a story rooted in power, corruption, and deception, a cautionary tale of what happens when we put our faith and trust into the wrong hands. And as with Blood, Greenwood’s soundtrack captures the fear, neurosis, and paranoia of a world gone haywire almost note for note, complementing the film’s weighty themes with sounds equally as menacing.

Greenwood has always received generous and richly deserved kudos for his work in crafting Radiohead’s endlessly innovative brand of post-rock, but his musical finesse and dexterity with varying sounds and genres is especially highlighted in his scoring. Standing on his own two feet apart from his Radiohead cohorts, there’s nowhere to deflect the attention, and his work on The Master further showcases his nuanced musical mind, not that there was much need for any additional convincing. Comprised of 15 songs checking in at just over 45 minutes total, the soundtrack is a sparse and minimal orchestral concoction of strings, piano, and ambient studio trickery perfectly suited to Anderson’s vision of an uncertain post-war world.

The swirling, symphonic sounds of the soundtrack’s first track, “Overtones”, set the tone for a grandiose album shrouded in enigma. The songs on The Master provide an interesting marriage of contrasting styles, with the precision of classical music on one hand and Radiohead’s visionary prowess on the other. But together, the effect is both moody and evocative. Whether he’s tinkering with lurking, low-register woodwinds on the mercurial “Time Hole” or slipping off into dreamland on the whimsical “Alethia”, the music captures the strangeness of Anderson’s confounding cinematic world with deft craftsmanship.

But while much of the music on The Master is dark and foreboding, the soundtrack isn’t without its lighter moments. Ella Fitzgerald’s rendition of “Get Thee Behind Me Satan” is a deliberate stab at the film’s antagonist, but the wistful backdrop of strings and subtle piano subvert the mood beautifully. Elsewhere, the spoken word entry “Don’t Sit Under The Apple Tree (With Anyone Else But Me)” captures the cozy innocence of pre-war America, standing at odds with many of the soundtrack’s more mysterious offerings. But put in the context of Anderson’s vision of an America caught in the divide between simpler pre-war days and the rapidly changing world that awaits, it’s an addition that captures the dichotomy perfectly.

The Master isn’t a Radiohead record, but at points it’s easy to suspect that it could be. Radiohead’s music has become increasingly cinematic in scope, and their songs draw much of their power from the ability to evoke vivid, often cynical imagery. Anderson’s film called for just that, and Greenwood here delivers a score worthy of the filmmaker’s faith and trust. The buzz around The Master thus far has been insurmountable, and anticipation has reached fever pitch since the film’s overwhelming response at the Venice Film Festival. And while it will be a matter of weeks and months before the film is let loose on audiences worldwide, the highest compliment that can be paid The Master soundtrack is that it furthers that sense of excitement. Greenwood has delivered a score that’s both haunting and beautiful, and if Anderson’s film is even half as strangely inspired, we’re all in for something good.

Essential Tracks: “Alethia”, “Get Thee Behind Me Satan”