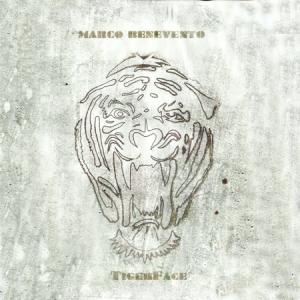 It’s telling that the only two tracks that contain vocals on TigerFace, the fourth full-length album from instrumentalist Marco Benevento, are placed at the very front of the album. “TigerFace is the beginning of a new, more melody-based sound,” Benevento explains of his new record. Those two songs– in fact, the only two songs Benevento’s ever recorded with vocals– are a statement of purpose, a pop declaration, perhaps, of things to come.

You might think that the inaugural vocals from an experimental, jazz-drenched piano stylist might tend towards the abstract or even the utterly weird. But “Limbs Of A Pine” and “This Is How It Goes”, which both feature Rubblebucket lead singer Kalmia Traver, are ethereal dance-pop numbers, combining Benevento’s unique jam-jazz-rock fusion with a Pitchfork-accessible dance-pop structure.

Some chanting shows up again a few songs later, on “Eagle Rock”, but the rest of TigerFace is more in line with the expansive instrumental work the New Jersey pianist has become well known for. Even so, the songs here feel more compact and structured than ever, with just two instrumentals exceeding the five-minute mark. “Do What She Told You” brings together Benevento’s knack for jazz piano with a jammy blend of electric blues, and “Eagle Rock” brings in a fuller sound, with piano lines swirling around the layered strings, that conjures the best moments from Between The Needle and Nightfall, Benevento’s breakthrough 2010 album.

But it isn’t until the final track, an instrumental-only rendering of “This Is How It Goes”, when the fruition and promise of TigerFace comes full circle. Benevento’s music has long walked the line between pop and experimentation, and the concluding instrumental soars here, as if the lyrics were just an added bonus all along. TigerFace is a welcome step forward towards pop, a world that could use an arranger and composer who knows how to write a melody as well as Benevento.

Essential Tracks: “This Is How It Goes”