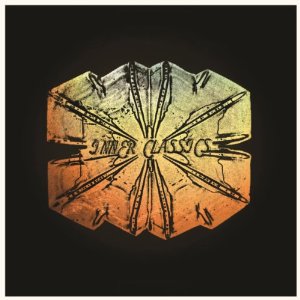 Snowblink‘s latest album, Inner Classics, is a refined continuation of their polished folk-pop. Their music is reliant on atmospheric harmony surrounded by slow-building soundscapes that grow steadily within each song. Daniela Gesundheit’s voice is the leading force behind the band; she sings just as often (and as convincingly) in double-tracked vocals as she does in duet with Dan Goldman, the other half of Snowblink.

The Canadian duo’s progress is most evident in the arrangements, where songs like “Unsurfed Waves” and “Best Loved Spot” reach for greater heights than much of the duo’s previous efforts. The songwriting, though, feels predictable and limited to its own genre. The type of harmonic folk-pop Snowblink is so recognizably indebted to has a particular fixation on vague natural imagery as a driving vehicle behind the songwriting narrative.

“Black & White Mountains” feels almost like some sort of parody of that tendency, as Gesundheit roll-calls all corners of the animal and plant kingdom, amounting to a song that makes for pretty listening and not much more. “Orca, zebra, panda, mountain” isn’t much of a chorus, and the fact that the group wrote part of the record while listening to a live feed of whales singing, albeit precious, only suggests that their creative process is more literal than anyone needs to know.

There are some great reasons to listen along, though, and again, the primary draw here is Gesundheit’s beatific voice, which hiccups and flutters and croons its way through the whole record. “Inner Mini-Mississippi”, lodged in the middle of the record, is the surprise standout, and it leaves you wanting more of the same: bright hooks, songs that move and refuse to stay put.

In general, though, the first half of Inner Classics feels more convincing than the second. “Unsurfed Waves” is an edgy dark surf riff that recalls the best moments from Jenny and Johnny. Moments like these show that Snowblink is more dynamic than it lets on.