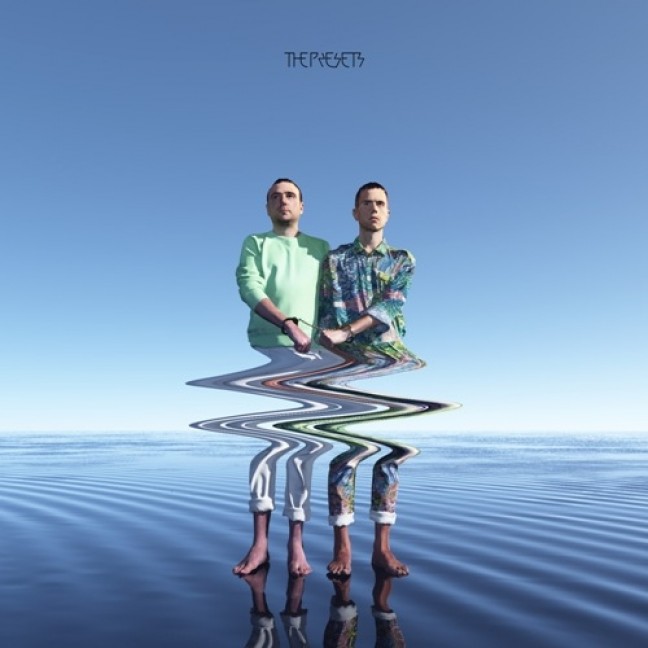 For a fun-loving electro duo, Australia’s The Presets sure can spin a yarn. Their 2008 sophomore album, Apocalypso, vaguely explored the novel-ready interplay between good times and the End Times (the title’s a portmanteau of apocalypse and calypso). With album number three, Pacifica, their flirtation with literary-musical fare has become more apparent, with the pair using the album’s ten tracks to weave a profound tale of a paradise beyond the Apocalypse, a land called Pacifica where love and discothÃ¨que highs reign supreme.

Album opener “Youth In Trouble” serves as the quasi-prologue, spoofing the Australian media-led campaign against the unsavory kids of today (“Up out all night in bright-lit wonderland/ with a music taste abominable/man, I’m worried sick for youth in trouble”). Paired with that is an unlikely spurt of chunky bass, establishing an intriguing dichotomy that further enhances the song’s message: the youth should be the scared ones. It’s also the fitting debut of the album’s protagonist, a sort of cult-ish leader of charisma and intent that vocalist Julian Hamilton nails spot-on.

Once the kiddies are aware, the leader’s got to get them into action, a crucial interaction that comes with “Adults Only”, where the protagonist reaches his most sublime eloquence. It begins with Hamilton’s vocal shift, from the androgynous croon of a Bernard Sumner to something more Ocker, sounding like every Australian stereotype you’ve ever imagined. That decision, that dedication to mass appeal, though subtle, is an impactful decision: this is a man talking to the youth of his country, pleading with them to recognize the faults of their land (“Children, don’t you know that we’re living in a city that’s built on bones?”) and to escape with him toward freedom and love, even if that path leaves everything else annihilated by a down-rush of disco lasers.

The apocalypse as drafted by the duo isn’t all fire and brimstone; instead, it’s a more complicated, almost peaceful experience as perpetuated and facilitated by the one-two punch of “Push” and “Fall”. With its synths that buzz like UFOs and baseline of ceaseless energy, the former is the sound of fleeing, a kitschy dancehall version of The Rapture that transports the true believers into the pay-off that is “Fall”. Here, the high-energy dash toward safety is over, and the brave new residents of Pacifica are greeted with dreamy synths more lush and grand than ever before, welcoming the travelers to their eternal night out at the club, reassuring them that annihilation served its purpose (“In this Hell/we found our Heaven”).

Like every good story, though, there has to be introspection, reflection, something afforded the denizens of Pacifica in album standout “Ghosts”. Like the inflection of “Adults Only”, shaping this song as a modernized sea shanty is a minor decision with song/album-altering effects, adding a mythical sing-along quality that further solidifies its status as an anthem sung by all new children of Pacifica. The brave protagonist opens up, revealing his wasted younger days (“Cocaine, song, and women, and wine/ memories blur and they make me shudder”). He’s left haunted by “ghosts in Heaven,” which could be his past mistakes or, more tellingly, regret over the end of the old world. But he’s dedicated to the future, leaving behind the “streets of neon” for the embrace of a place worth calling home.

Save for other side arcs, every event and emotion leads to album closer “Fail Epic”. Despite its structural simplicity, the track manages to create an image of the protagonist preaching before a huddled mass of eager Pacificans, dropping an almost painful nugget of truth (“Still a chance to prove what your mama said/ can’t win everything every time”). But then the chorus hits, a cascade of angelic harmonies, and the fiery protagonist unleashes an encapsulating message of self-empowerment and of giving up in order to ascend (“I know you’ll find the power hidden somewhere deep/ the power to lose it all”). That message, the core of “Epic Fail”, is this new nation’s “E pluribus Unum,” a tiny prayer that this glimmering creation can forgo the ignorance and nihilism of the old Earth for a chance at dance-fueled ecstasy. Whether you’re in your office or on the train, you’ll feel like a rabid member of the crowd all the same.

Four years between LPs and a whole lot of life (both Hamilton and keyboardist Kim Moyes have become fathers) have made The Presets into a dynamic songcrafting entity. They may not be novelists, but the writing, pacing, and emotionality of the LP are more efficient and alluring than many books. From word one to the closing synth note signifying The End, Pacifica is a literary and musical sensation worthy of true scholarly attention.