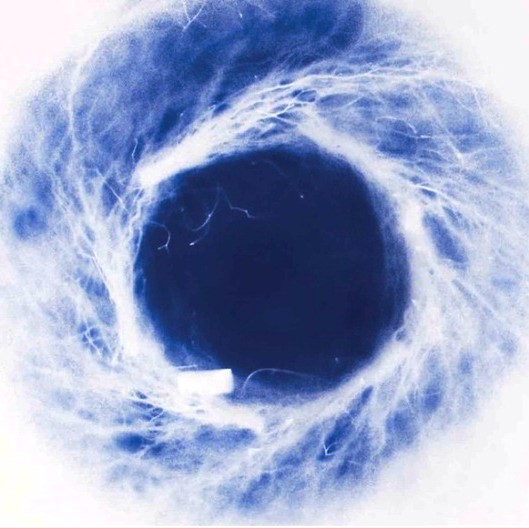 Thurston Moore and Kim Gordon have a pretty intense artistic streak coursing through their veins, and with more than a dozen studio albums under their belts as the collective brain trust behind Sonic Youth, they’ve got the chops to prove it. But while venturing into the avant garde isn’t a stretch for the pioneering indie rockers, there are still times when their cerebral art-rock tendencies drift too far into no-man’s land.

But they don’t always make it that far out into the abyss on their own. With YOKOKIMTHURSTON, the duo teams up with the legendary Yoko Ono for six tracks of pure, abstract weirdness. Part spoken word, part squealing orchestral noise rock, and 100 percent full of musical dementia, the record is the definition of an iconoclastic artistic statement, even if it’s hard to tell what, if anything, it’s trying to say.

On the surface, the album seems like a dream union of musical mavericks, and is for those with a sense of sonic adventure. But beyond that, it’s hard to take the record as much more than an overambitious mess. The album opens with four seconds of Ono’s high-pitched laughing on “I Missed You Listening, Part 1″ (spoiler alert: there is no part two), and that’s about as close as listeners will get to a melody, a hook, or any real semblance of traditional song structure. “Running The Risk”, at more than nine minutes, opens with the trio sharing three minutes of fractured spoken word before uncoiling into ominous string and guitar sounds.  “I Never Told You Did I?” offers more of Ono’s exasperated spoken word and heavy breathing, and the rest of the record sounds like chamber music gone to the dogs.

The most troubling part of YOKOKIMTHURSTON, beyond the end result, is the thought of what it could have been. With more focus and restraint, there’s no reason to think Moore, Gordon, and Ono couldn’t have really run with their collaboration and made something great. Instead, YOKOKIMTHURSTON feels like an overly conceptual exercise. Maybe that’s by design, but a little melody would have gone miles here.