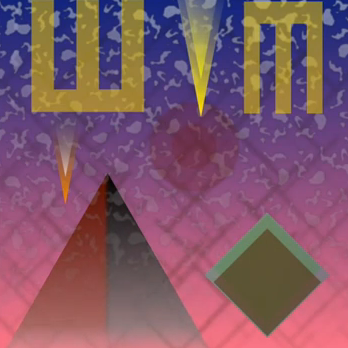 Created in conjunction with colleague Peter Chilvers, Scape is both an iPad app and “follow-up” to his previous iPhone-based effort, 2008’s Bloom. In essence, users create the basis for atmospheric compositional pieces of music by designing pictures that generate the sounds. A range of background images deliver constant drones, while different melodic and percussive foreground elements round out the sound. Colors and positions change the moods, but what’s really innovative is the way the elements interact, leading to entirely unique compositions every time.

“I felt that what was very interesting to do as a composer,” Eno told The Guardian, “was to construct some kind of system or process which did the composing for you. You’d then feed inputs into it, and it would reconfigure it and make something beyond what you had predicted.” It’s an idea he’s been toying with for some time. “I worked on things like that for a while: Music for Airports and Discreet Music were examples, but they represented were recordings of these processes in action. What I really wanted to do was to be able to sell the process to somebody, not just my output of it.”

Scape is available now for $5.99 from the iTunes App Store. You can find an introduction video below, which explains how the whole process works.

Meanwhile, Lux is due out November 13th via Warp.