Festival Review: CoS at Made in America 2012 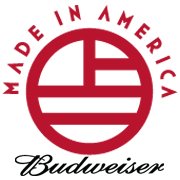 Any artist can play a concert. It takes a special kind of artist to curate a festival. It takes something entirely different to shut down one of the most heavily trafficked roadways in the fifth biggest city in the country and set up a gigantic stage with wings coming out the sides. Jay-Zs first annual Made In America Festival took over Philadelphia this past weekend, serving as another glorious manifestation of all the rappers successes over his career. Just when you think he couldn’t climb any higher, he finds a way to take it just a little bit further. I guess thats the difference between being a businessman and a business, man.

As far as location goes, I was a bit skeptical when I first looked at the festival map. There really wasnt going to be a stage right in front of the famous Rocky steps (also known as The Philadelphia Museum of Art) was there? The only address listed for the festival was Benjamin Franklin Parkway. It wasnt actually going to take place on a parkway, was it? As improbable as it might sound on paper, the whole thing came together remarkably well, and perfectly organized. Hova played the role of host to a tee, and easily avoided any first year jitters.

Once accepting the whopping $11 cost for a can of Budweiser, I was able to enjoy one of the more eclectic lineups in this summers festival season. Regardless of personal taste, its pretty damn impressive to be able to pull off scheduling DAngleo, Dirty Projectors, and Skrillex in immediate succession. The only major complaint I can muster has to do with the severe lack of activity-type (read: cheap) options at the festival. Whether it was a $9 order of fries or a trip inside the mobile Roca Wear shop, Made In America was no place to the thin wallet set.

Even the slim to non-existent breaks in between sets didnt prove to be an issue, and I never found myself wanting to push forward or craning my neck for a better view. The sound was not surprisingly geared toward bass-heavy hip-hop, but when has a little teeth rattling ever killed anyone? As far as next year goes, Im not sure that even Jay-Z can pull off something of this scale two years in a row. But then again, it wouldnt be the first time hes done the impossible.