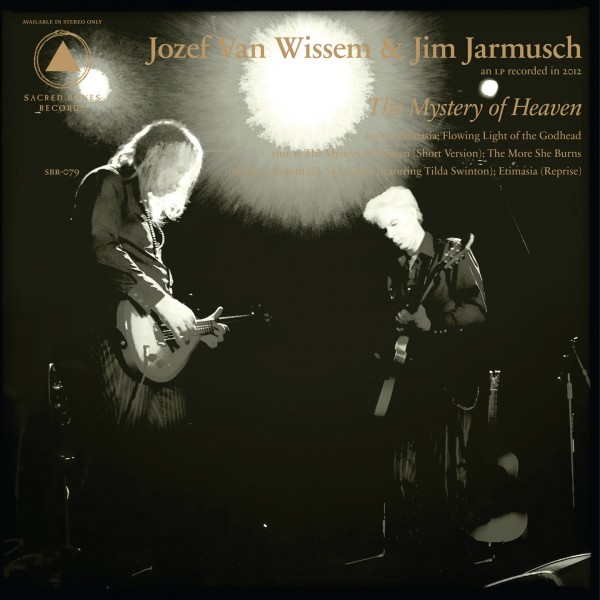 Sacred Bones Records: Where auteurs and musicians go to collaborate. Previously on Sacred Bones, Zola Jesus teamed up with David Lynch for a 7″, and Lynch reissued his score for Eraserhead. On November 13th, the imprint will release the new collaborative album The Mystery Of Heaven from acclaimed lutist Jozef Van Wissem and director Jim Jarmusch (Ghost Dog, Broken Flowers, Coffee & Cigarettes) .

Jarmusch and Van Wissem met in 2006, when Jarmusch was looking for music for a “crypto-vampire” film he had been trying to make for years. In fact the two have already released one album in 2012 Concerning the Entrance Into Eternity (Important Records). According to a press release, Jarmusch considers the songs on The Mystery Of Heaven Van Wissem’s compositions, and views himself as someone filling in the background to Jozef’s foreground. ‘The sound of the lute is as bright as the sun, a beautiful red color and my stuff sounds sort of like the moon, more like blue, like mercury.”

Listen to their first single, the meditative and brooding “Etimasia” below.