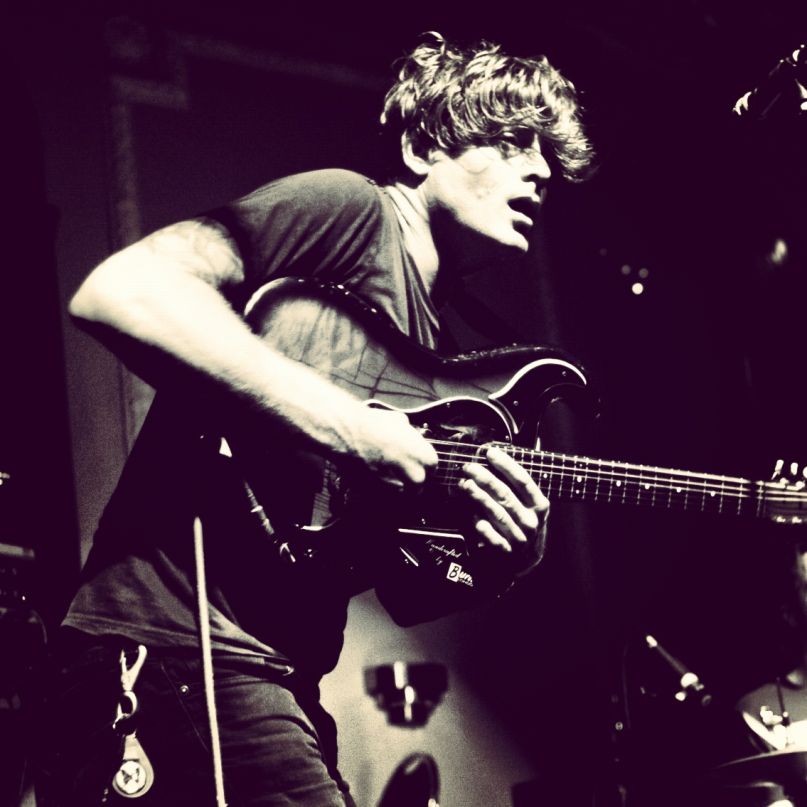 The Logan Square Auditorium, tucked tightly away in a blink-and-you’ll-miss-it location between a coffee shop and a book store, might lack a lot of the traditional trappings of your typical rock club, but it had all the makings for a place that could accommodate 300 or so scensters hungry for cheap brew and primal garage rock. The PBR was flowing, scores of Chucks and Toms stuck to the untended hardwood surface and the stage was stocked with a large PA, even if it seemed better suited for a high school marching band.

Chicago’s own Bare Mutants opened the late-night offering of a doubleheader bill featuring Thee Oh Sees and Ty Segall, and the band earned its place with a short but healthy set of shoegazey psych rock. Frontman Jered Gummere, of The Ponys and Real Cool Killers fame, could pass for Win Butler’s doppelgÃ¤nger, but musically the band is more aligned with the decadent sounds of bands like the Velvet Underground and Jesus and Mary Chain, complete with Gummere’s droll, low register Ian Curtis meets Stephen Merchant vocals. Jeanine O’Toole brought an aloof but strangely magnetic feel to the set on backing vocals and tambourine, while the rest of the band trucked along like musical soldiers, heads down and locked in. Shoegaze bands never were much fun to look at on stage, but the tunes were tight, providing for a nice warm up to the sonic masochism ahead.

It was clear fans were storing their energy for Ty Segall, whose lean but cathartic lo-fi garage rock has been known to reduce audiences to a whirling shitshow of pumping fists and body surfers. Segall’s great, but there’s a gaping disparity between his records and his live show. His various singles and EPs are celebrated for their raw, underdubbed quality and rustic ’60s feel, but they don’t do justice to what he and his band bring to the stage.

Over the course of a near-hour long set, Segall lit his catalog on fire and reinvented his songs with ample layers of volume and feedback. He and his band screamed, slashed, and played within an inch of their lives, and audience members were more than happy to follow him to the edge, heaving seemingly everything they could get their hands on onstage from beer to shirts and hats (side note: Ty rocks a black wig as good as anyone). Some of the song titles escape me, (I believe he opened with “Death”, closed with “Wave Goodbye”) but Segall’s frantic mesh of pop, garage and punk is better left mashed together into one wonderfully noise rock mess anyway.

Thee Oh Sees took top billing, and they made good use of their headlining slot by packing their set with choice nuggets from their hefty repertoire. Blending blues and ’60s pop with crunchier acid-born sounds, the band took the rabid audience into the palm of its hand over the course of its hour-long set. Known as much for their prolific musical output and incessant work ethic as they are for their kinetic live shows, the band treated fans to a set that drew sizably from the band’s latest offering, Putrifiers II, as well as the band’s boatload of other releases, many of which were fleshed out for the stage.

Frontman John Dwyer, looking like Steve Zahn with a Trump-esque frontward combover, chopped at his chest-high guitar, while the rest of the band fell in line. The band impressed many onlookers on the Blue Stage at Pitchfork in July, but the tighter confines of the LSA proved much better suited for the band’s spirited garage stomp. Segall and his drummer, Emily Rose Epstein, set up mock musical shop stage left with drums and cymbals to close things out, much to the delight of the thoroughly drenched, thoroughly spent musical mob.