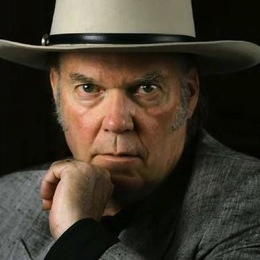 Prepare for war, Apple: Neil Young has announced plans to expand Pono, his high-resolution music service created to enhance the quality and compression of mp3s. As Rolling Stone reports, Pono will release a line of portable players, a music-download service, and a digital-to-analog conversion technology sometime next year. In his new book, Waging Heavy Peace, Young wrote that the service will offer record companies cloud service as a means “to save the sound of music.”

Launching last year with Red Hot Chili Peppers’ I’m With You, Apple’s Mastered for iTunes program features individualized engineering for various settings, including listening at-home, in a car, and on-board a plane. The approach has earned the conglomerate critiques that the AAC format is still only a fraction of the potential sound quality. “I have consistently reached out to try to assist Apple with true audio quality, and I have even shared my high-resolution masters with them,” Young writes, adding he communicated with CEO Steve Jobs before his death last October. “(Pono) will force iTunes to be better and to improve quality at a faster pace.” Apple has declined to comment on its relationship with Pono.

Pono has already signed an agreement with Warner Music Group to remaster its catalogs for Pono distribution. Last year, Young and Craig Kallman, chairman and chief executive of Atlantic Records, approached the remaining heads of the Big Three, UMG CEO Lucian Grainge and Sony Music CEO Doug Morris, but either label acknowledges those conversations. At some point in the last couple years, the Big Three had converted its library of 8,000 album titles to high-resolution, 192kHz/24-bit sound.

“This has to be an industry-wide solution. This is not about competing  this is about us being proactive,” Kallman told Rolling Stone. “This is all about purely the opportunity to bring the technology to the table.”

At last year’s Bonnaroo, Young gave several performers, including members of Mumford & Sons and My Morning Jacket, demos of Pono and videotaped it for a possible marketing campaign. Despite the quality, some rockers expressed doubts about the emergence of another potentially costly music service.

“Neil’s premise is cool, and I think it’s exciting as a traveling musician,” My Morning Jacket frontman Jim James told Rolling Stone. “I think that’s somewhere that he has to be careful: I’ve already bought Aretha Franklin’s ‘Respect’ a lot of times. Do I have to buy it again?”