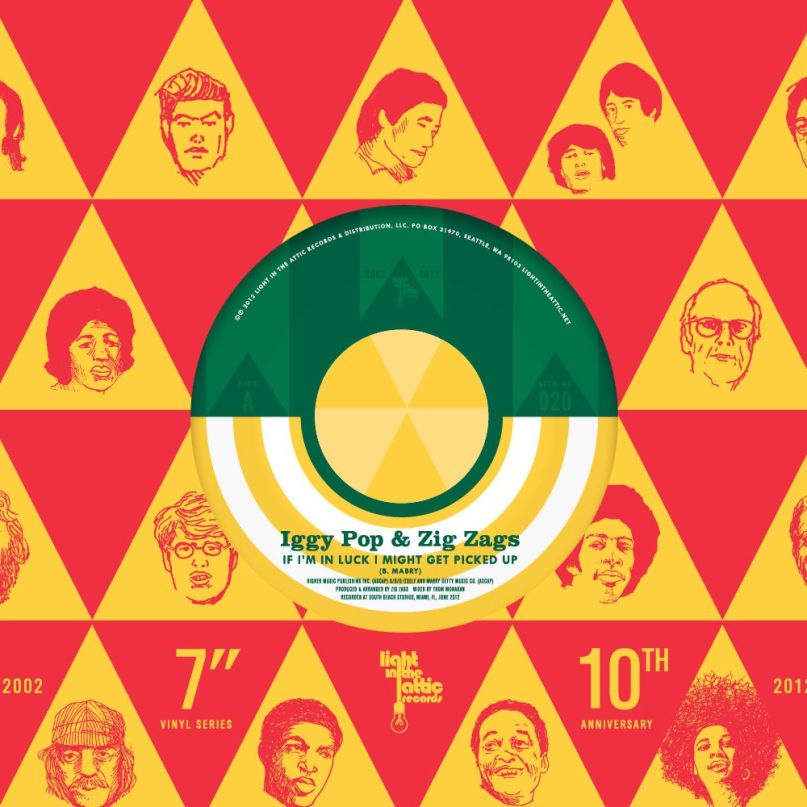 Iggy Pop has teamed up with Los Angeles’ Zig Zags to release a 7″ single to celebrate the 10th anniversary of Light In The Attic Records. The two sludgy names put their heads together and covered Betty Davis’ “If I’m In Luck I Might Get Picked Up”, offering up a Sabbath via sewage skunk sound. Stream the gritty portrait below.

Recorded by Dan Horne (Beachwood Sparks), mixed by Thom Monahan (Vetiver, Devendra Banhart), and mastered by Dave Cooley (Elysian Masters), the cover will be paired with its original recording, remastered by Cooley, and sold as a 7″ single on colored vinyl starting October 2nd. Pre-order your copy here.

The series will continue throughout the year with Charles Bradley, The Menahan Street Band, Sweet Tea (feat. Alex Maas of the Black Angels & Erika Wennerstrom of the Heartless Bastards), and many others to be announced.