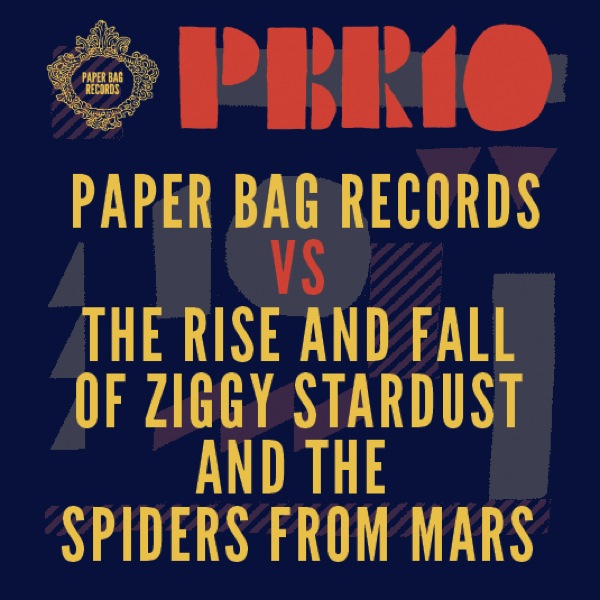 Toronto-based label Paper Bag Records has a history of celebrating its anniversaries with cover albums, featuring talent from its roster. This year marks the imprint’s tenth anniversary, and they’re going big by covering one of rock’s most beloved classics in its entirety: David Bowie’s The Rise and Fall of Ziggy Stardust and The Spiders From Mars.

Thirteen different acts contributed, including PS I Love You, The Rural Alberta Advantage, Born Ruffians, Elliott BROOD, Woodhands, and others. For those of you quick with the math, that is indeed two more bands than actual tracks on Ziggy Stardust. To accommodate, Austra and CFCF tackled “Soul Love” together, while Yamantaka//Sonic Titan performed a single recorded during Bowie’s Ziggy tour, “John, I’m Only Dancing”, as a bonus track.

The complete tracklist is below, and you can grab yourself a free download of Paper Bag Records vs. The Rise and Fall of Ziggy Stardust and The Spiders From Mars at PBR’s webpage.