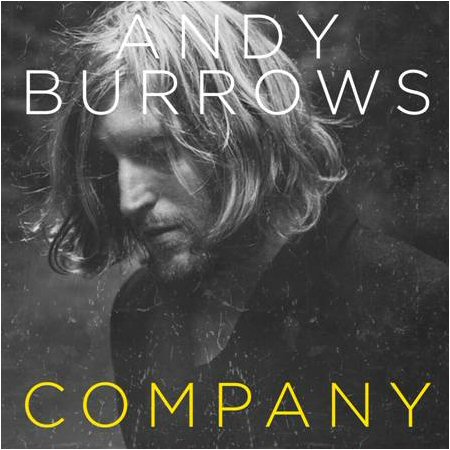 Andy Burrows may be better known as the ex-drummer of Razorlight and current seat holder with We Are Scientists, but he represents an altogether more unusual animal, the singer-songwriter drummer. Indeed, Burrows was co-writer on many of Razorlight’s tunes, including the UK #1 “America”, and has fashioned two solo records, a debut in aid of a local charity, and a second under the moniker of I Am Arrows. Company marks the third release for a largely unsung artist who nonetheless produces some effortlessly polished music.

The title track opens the new record with a bad phone connection to represent a lack of communication between two protagonists. Burrows’ subdued, double-tracked tones surprisingly bring to mind Midlake, yet when the chorus kicks in, it’s like George Michael from his “Careless Whispers” period has joined in. The lush orchestration adds to this impression, but the song has an inherent charm and grace to counter its downbeat lyric. The single “Because I Know That I Can” spins carpe diem sentiments around a Simply Red-style groove, while “Keep On Moving On” includes an unlikely solo burst of metal guitar that doesn’t quite lift an otherwise dull song. “Homeland” is heartfelt and nostalgic but never quite rises above a formulaic piano ballad.

Much more convincing is the energetic “Shaking the Colour”, a driving mid-tempo rocker elevated by a short, staccato guitar solo and orchestration that adds drama and not just filling. The delicate guitar on the Beatles-ish “Somebody Calls Your Name” is another example of Burrows’ musicality.

Company is an accomplished record with high spots. Burrows certainly knows how to construct songs, create moods, and deliver with dexterity. There is, however, a dated feel to much of it, like the album could belong to decades past, though not specifically to any one of them.