Cody ChesnuTT – Landing on a Hundred 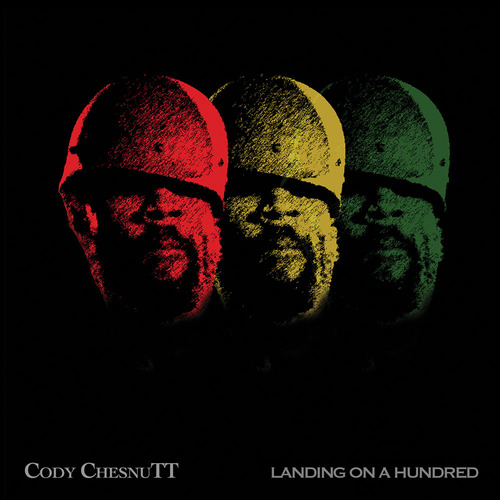 Cody ChesnuTT had been struggling in pursuit of his dream for over a decade by the time he recorded and released his 2002 debut, The Headphone Masterpiece, a two-disc, 36-track musical confessional. The music within, recorded in his homemade bedroom studio on a four-track in Sonic Promiseland, countered any initial rebuffs, revealing a smart blend of ’60s pop with early ’70s soul and hints of ’90s hip-hop. Never mind that ChesnuTT temporarily rose into the stratosphere when organic hip-hop outfit The Roots reworked ChesnuTT’s hit “The Seed”; the singer’s debut exposed an emotive soul crooner, much like contemporaries Maxwell and D’Angelo.

As with his debut in 2002,  Landing on a Hundred punctuates another decade in his career. Arriving two years after his six-track EP, Black Skin No Value, which featured two tracks revisited here (“Everybody’s Brother”, “Where Is All the Money Going”), Landing… “reflects an intense period of observation” following the success of his aptly named debut. With its title derived from a slang term meaning landing on something truthful, purposeful, and meaningful, this record represents the singer’s personal and spiritual journey since his last album.

Recorded in part at Memphis’s Royal Studios, Al Green’s recording home during his heyday, and at SuPow in Cologne, Germany, owned and operated by album co-producer Patrice Bart-Williams, Landing certainly benefits from working with a modern-day studio, though never once cedes to the flat coldness of the digital realm. Rather than record the majority of the instruments and vocals himself as he did on his debut, ChesnuTT worked with a 10-piece band to flesh out his material and cut all the original tracks on two-inch tape, allowing the music to wrap itself in the warmth and depth provided by the analog medium. ChesnuTT’s commitment and dedication to both vintage sounds and recording techniques prevents the album from ever losing the charm and intimacy of his bedroom studio.

Whereas his debut balanced pop with soul and rap, this record firmly plants itself in the garden of soul. ChesnuTT deftly flows between styles, be it the Womack vibe of “I’ve Been Life”, the Gaye/Mayfield blaxploitation-era “That’s Still Mama” and “Scroll Call”, or the sweet soul of “What Kind of Cool (Will We Think of Next)”, all while exhibiting a charisma that is wholly ChesnuTT. At one-third the length of his debut, the listener is able to fully absorb Landing in one sitting, which allows themes and moods to filter upward and be recognized. Such recognition will certainly call to mind soul greats like Green, Mayfield, Womack, and Cooke. However, if anyone’s ghost lingers over Landing, it’s Marvin Gaye’s — specifically the tight, bubbling groove of Gaye’s 1972 album Trouble Man.

Though the sound of the album drips of early ’70s soul, the topics on Landing on a Hundred are timeless tales of redemption (“Til I Met Thee”) and overcoming addiction (“Everybody’s Brother”) and testaments to the power of deep love (“Love Is More Than a Wedding Day”), all conveyed with ChesnuTT’s delicate charm. His strength rests in an ability to blend the social and the political with the romantic and the coarse and not come off as self-righteous or phony. His storytelling comes across as natural and fluid, making it is easy to see why ChesnuTT says, “Words cannot describe or express how excited I am about this music.”