Coheed and Cambria – The Afterman: Ascension 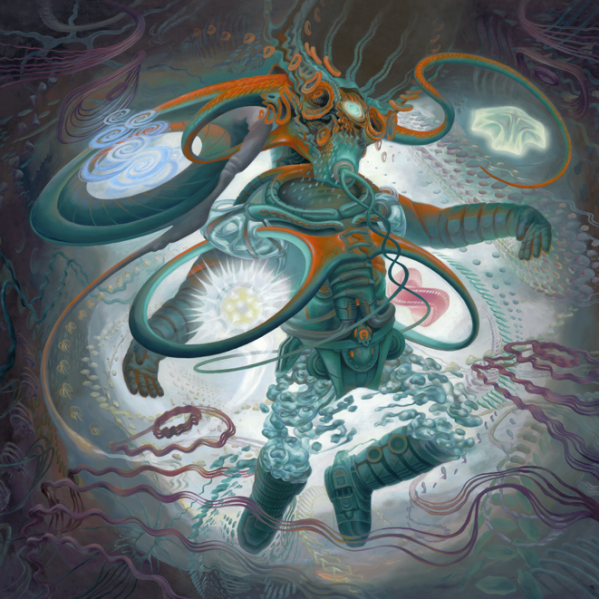 In five albums, Coheed and Cambria have unveiled The Amory Wars, a sci-fi/prog-rock epic following a hero’s harrowing intergalactic struggle to unearth the truth surrounding his parents’ death and overthrow an evil tyrant. Until now, the story has featured dense lyrics crafted by a nerdy F. Scott Fitzgerald, characters with the black-and-white morals and grace of a geek-friendly Harper Lee, and grand, intricate story arcs that would make regular George R. R. Martin giddy. But for album six, The Afterman: Ascension (the first of a double album), the band eschews aliens and spaceships for the most bizarre construct of all: genuine emotions.

The album’s major output focuses on ballads, a format the band expands beyond its usual sappy limitations. The title track and album closer “Subtraction” share a common musical thread: the muted, hazy vocal effect confining Sanchez’s otherwise mighty yelp. That deliberate edit is one that emphasizes every individual musical arm and not just accompaniments to Sanchez’s otherworldly vocals. Aside from that, both cuts espouse differing values of the same sensitive aesthetic.

The title track delivers upon Sanchez’s promise of the most personal and spontaneous lyrics to date. For most of their tetralogy, the band’s opted for lyrics that allowed for the utmost personal customization, a trademark of great fiction. Here, there are more specific lines detailing very specific feelings (“She teared, ‘Your selfishness has robbed you of the man you could’ve been/ I won’t change a thing about you/ I love you dearly, my friend'”). By reducing some of that associative potential, they actually make their pain and heartache more devastating and worth consuming.

“Subtraction” is similarly aided by increased specificity. The band uses bells, chimes, and similar studio effects to recreate the same sound and sense of urgency as a heart monitor, mirroring the song’s air of finality and impending sense of conclusion. As well, the track’s general build-up, from sweet and low to the heights of angsty passion and back again, mimics a love affair’s life cycle. The band’s nuanced skills are often lost in the shuffle of their grander songs, but emphasis on little details are both natural to the band and of the utmost effect.

On one hand, these ballads offer a point of rest, making those monster-sized jams seem less overpowering. More importantly, though, they’re the real lynchpin, the heart and soul of the series. Gnarly numbers like “Key Entity Extraction II: Holly Wood the Cracked” are the unrelenting exercises in sludge metal fantasy that ostensibly play home to the series’ chase scenes and giant explosions, but the ballads are what make everything have meaning. They create a baseline of feelings visceral enough to make bonds with and explain why you should root on Coheed Kilgannon and boo Wilhelm Ryan.

The final, crucial sections of the album falls somewhere between ballads and balls-out rock songs. On the surface, “Mothers Of Men” could be another over-the-top rock anthem with its there’s hackneyed guitar barrage, but Sanchez’s voice shows signs of something new. Always a stream of righteous indignation, there’s a sense in the shouting chorus (“Oh we’ll behave”) that he’s holding back on his poison, which makes the listener want it even more. While vocal-instrumental cohesion is the real prize, Sanchez can be the sole focus if he’s as inventive as he is here.

While Coheed and Cambria are hardly the most poppy, accessible outfit, “Goodnight Fair Lady” is practically a soft-rock lovefest. Listen closely and you’ll swear they ripped the guitar straight from “Beat It”; it’s got that weird, start-stop quality, and, most important of all, it’s unbelievably free and breezy. Further diversity and a change of instrumentation is a big deal for this band, something that makes you realize their true abilities while lending space to decipher those heavy emotional sentiments.

A couple of listens in and the thought occurs: this is the first record with bassist Zach Cooper and the first to feature drummer Josh Eppard since 2005’s Good Apollo… That essentially makes this a “new band,” which raises loads of interesting questions. Is this deeply personal lyrical content too much for a new configuration to adequately portray? Does the fact that they’re so new somehow impede or limit their choices, potentially stifling a good record from being great? It feels like something beyond jitters, but it’s not enough to absolutely ruin the album. These merely remain worthwhile questions to keep in mind.

After such profound progress in their Gilgamesh-like epic, the band can still surprise listeners by opening up more. While the album isn’t full of the kind of revelations that drop jaws and illicit gasps, the emotion here is a much-needed place of solace and solidity in a mythos larger and more involved than Heaven’s Fence itself.