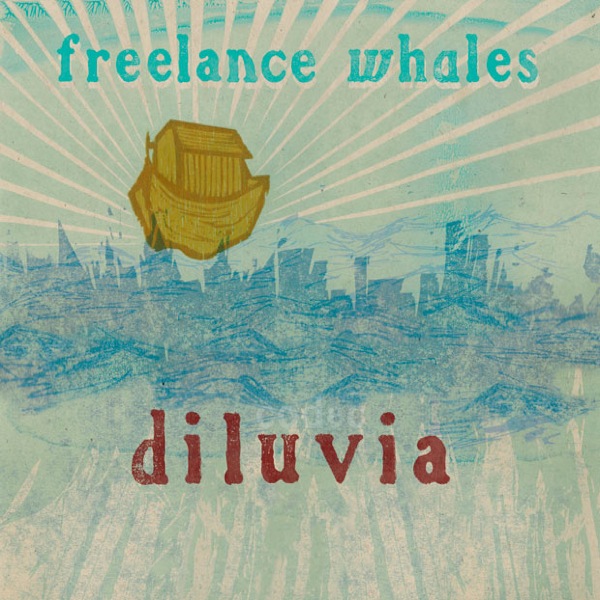 It’s easy to forget that not too long ago, an independent album was practically dependent on critical acclaim in order to find any success outside of its immediate circle. The sheer amount of music that receives a legitimate shot at being heard today is both awesome and absurd. Sure, there were always plenty of bands making noise in their respective corners of the world, but thanks to the recent rise of internet music publications, countless festivals for every niche, free streaming, and creative marketing, the playing field has been leveled to a point where an independent artist can find a significant audience even without tons of critical acclaim or mainstream radio airplay.

Freelance Whales are well on their way to this type of side door success. Their debut album, Weathervanes, arrived in 2009 with a fairly even split of vocal supporters and crotchety detractors. The band still made its presence felt, scoring a couple of high profile ad placements for Twitter and the Chevy Volt, licensing their tunes to appear in several TV shows, and, most importantly, lining up tour after tour both in the U.S. and abroad. They were also smart in the support gigs they took, sharing the bill with acts like The Naked and Famous, Tokyo Police Club, and Shout Out Louds. Not only was Freelance Whales’ brand of inoffensive indie pop able to reach their target audience of listeners ambivalent to trends pushed by writers and labels, but the band also spent time with acts whose career trajectory likely provided some inspiration. Now, with the release of their second full-length, Diluvia, the band is clearly unconcerned with antagonists, having woven a collection aimed directly at pleasing both their core listeners and themselves.

Weathervanes previously waded into the treacherous waters of “concept album” to tell an elaborate ghost story, and Freelance Whales have bafflingly decided to concoct an even grander concept for Diluvia. In what almost seems like a middle finger to crook-eyed critics, Freelance Whales are now tackling science fiction. Space travel provides the jumping off point for all sorts of stoney meditations, with the hope being that the listeners will get as much out of the journey as their imagination will let them. The reality is that some might get stuck on moments like the repeated declaration in “Locked Out”, where primary vocalist Judah Dadone informs us that “they have the rations to go anywhere.”

With an abundance of too-concrete lyrics full of space jargon, it’s confounding that Freelance Whales can’t find anything worthwhile to write about in the reality in which they live. Sure, it’s their prerogative to spend their entire career speculating about that which is beyond perception, but for a band that sprang forth into our music consciousness as glorified street performers, their songwriting seems light-years away from these humble and organic beginnings. The contradiction resonates, leaving Diluvia difficult to engage with on any sort of personal level. And, with so little to attach listener to song, the effort required to reap rewards from the listening experience is hardly even worth it.

In the album’s favor, the five-piece have made a strong leap in the complexity and ambition of their arrangements. While there is little original about their sound, prior similarities to The Postal Service and Sufjan Stevens are slightly muted on this effort. The songs sprawl, taking time to build satisfying crescendos, from the delicate dance of wordless vocal harmonization on opener “Aeolus”, to the successful marriage of their beloved banjo and glockenspiel to a synthesizer lead and lush string orchestration on the album’s highlight, “Spitting Image”. There is something admirable in the fact that Freelance Whales have managed to make Diluvia sound like a space journey, albeit one that wears on the patience in its 52-minute running time.

If nothing else, Diluvia demonstrates growth for the band by finding a happy medium between a familiar sound and some well-placed surprises. It’s still unclear whether bands like Freelance Whales would be better off as artists if they existed 20 years ago, spending some time honing their craft in their local scene of New York before being sold to the rest of America. The biggest concern that Diluvia raises is whether we are better off with bands like Freelance Whales populating the strange place between critical and commercial success, or if listening to what seems like an endless parade of competent but uninspiring material is hurting the music community as a whole. Whatever side you come up on, Freelance Whales seem to be doing exactly what they intend, and their core audience should be satisfied.