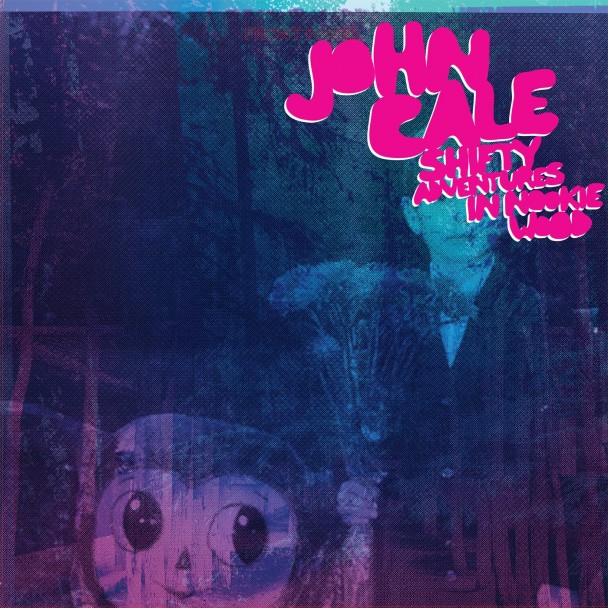 For a musician as jaded to adventures as John Cale, finding new and exciting territory to work in can seem damn near impossible. Cale, ex-Velvet Underground and overall rock and roll treasure who has played a leading role in three or four indisputably classic albums (though none since the early 70’s) and now draws inspiration from Snoop Dogg, has tried it all. Consequently, Shifty Adventures in Nookie Wood, his fifteenth solo LP and first in seven years, finds him resigned to a system somewhat resembling trial-and-error: all of its 12 tracks are reckless trials in largely unrelated genres, and most end up errors.

Shifty opens forgettably with “I Wanna Talk 2 U”, a funk number co-produced by Danger Mouse because why not, and proceeds to stumble all the way through. Along the way, Cale goes full-on industrial on “Scotland Yard”, breaks out the harpsichord on “Midnight Feast”, and cranks up the auto-tune for his vocals on “Mothra” and “December Rains”. Nothing could be more telling, though, than the first moment you hear John Cale try his hand at wobbled-out bass beats on a song called “Vampire Café”.

It’s when he tones it down and stops scrounging for the new and exciting that Cale’s genius finally becomes slightly visible through Shifty’s overwhelmingly colorful lenses. “Living with You” and “Sandman (Flying Dutchman)”, the tenth and twelfth tracks respectively, are two of the least energetic and most atmospheric – as well as interesting – moments on Shifty. There’s some shelf-life to these two. As for the rest, well, you don’t become a legend of experimentalism without a collection of failed experiments.