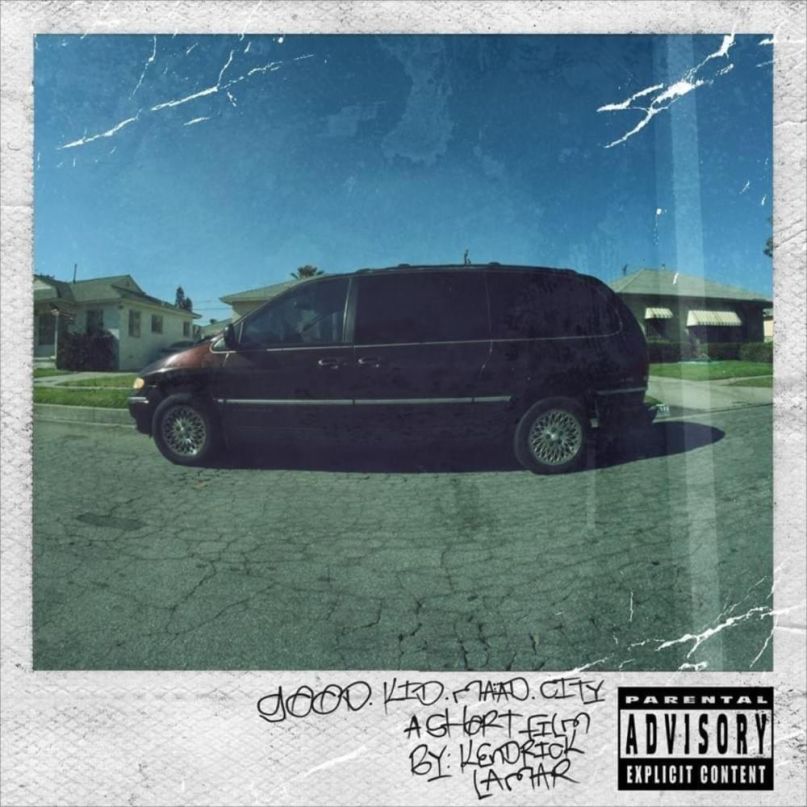 “They waitin’ on Kendrick like the first and the 15th,” goes Kendrick Lamar on his new album, and he’s right. After a long string of mixtapes and last year’s independently released LP Section.80, the 25-year-old Compton rapper signed with Aftermath/Interscope and began work on his major-label debut proper, good kid, m.A.A.d city, one of the year’s most rapturously anticipated full-lengths. But not only have “they” – rap fans in general, let’s postulate – been waiting on Lamar himself, they’ve also been waiting on what he is. Armed with a dizzying array of technical gifts and an auteurist approach that’s historically been all but foreign to others of his ever-increasing hype, he just might be the most unique MC to emerge since André 3000. And with good kid, Lamar has given us the most comprehensive look yet at his absurd amount of raw talent.

Though it’s not being billed as a concept album, good kid does have something like a storyline. Often set in Compton during Lamar’s teen years, it’s an album about beginning with as much innocence as anyone anywhere but eventually facing so many external pressures, be they drugs, gang activity, or poverty, that keeping the naivety intact is close to impossible. These songs are by no means all doom and gloom – the Drake-featuring, Janet Jackson-sampling “Poetic Justice” is a bedroom jam, plain and simple – but there seems to be something threatening at every corner, with Lamar asserting that “even a small lighter can burn a bridge.”

Opener “Sherane a.k.a. Master Splinter’s Daughter” unfolds a tale of a high-school Lamar headed to meet a local girl “with nothing but pussy stuck on my mental,”  and it’s one of the album’s most innocent narrative moments. By the time “The Art of Peer Pressure” rolls around three tracks later, Lamar is puffing on a blunt even though “Usually, I’m drug-free” and “probably ‘bout to catch my first offense” for robbing the trunk of a car. And once the 12-minute “Sing About Me, I’m Dying of Thirst” really locks in, the album hits its emotional peak, with Lamar quoting a recent conversation with a friend (“’And if I die before your album drop, I hope–”) that ends with three gunshots. It’s actually a fairly understated moment, but chilling nonetheless.

Already Grantland’s Sean Fennessey has called good kid “the best-rapped album you’re liable to hear this year,” but it also might be the most dazzling display of MCsmanship of the last half-decade or more. Here, Lamar toys with every register of his impossibly elastic voice and blazes through double- and triple-time flows like they’re nothing. But just as impressive as all that is that he knows how to use his technical gifts, adjusting his cadence in order to get the utmost out of every last line: He approaches Minaj-ian levels of animation on the stomping “Backseat Freestyle”, while the easy-riding “The Art of Peer Pressure” finds him more tranquil, making sure every syllable is perfectly audible. It’s hard to get enough of such virtuosic control.

Its major-label backing and having been executive-produced by the increasingly artless Dr. Dre had people worrying that good kid would be a trudge through pop excess – but rest assured, there’s no “I Need a Doctor” here, or anything close. The album wades through a myriad of sounds, from clacking Southern stomp (“m.A.A.d city”) to exceedingly suave R&B (“Poetic Justice”) to hard-knocking West Coast grandeur (the Dre-featuring “Compton”), but none of it’s so gaudy as to guarantee endless airplay. Instead, these are songs that, miraculously, put more emphasis on atmosphere than hooks or commercial potential. Somehow, the beats — often swathed in tight bass ripples, wafting background vocals, and twinkling piano-taps — are simultaneously modest and completely pristine.

It’s a testimony to the album’s supreme unity that neither Lamar’s much-buzzed-about Lady Gaga collaboration “Partynauseous”, his Dre-featuring “The Recipe”, nor the Gunplay-assisted “Cartoon & Cereal” – three tracks that share little to nothing with good kid‘s arc – made it onto this thing. Were this not a record so inexhaustibly committed to its vision and story, all three of those likely would have made the cut – the last two are among the best rap songs of the year, and the yet-to-be-released Gaga track already has the DNA of a hit. In this era of major-label rap records being constantly stifled by everything from incongruous guest appearances to overall sonic overload, Lamar has bypassed the norm by producing an album that’s damn near unimpeachable. The wait for Lamar and all he represents isn’t just over. We now have an album from him so masterful that it’d be greedy to ask for much more.