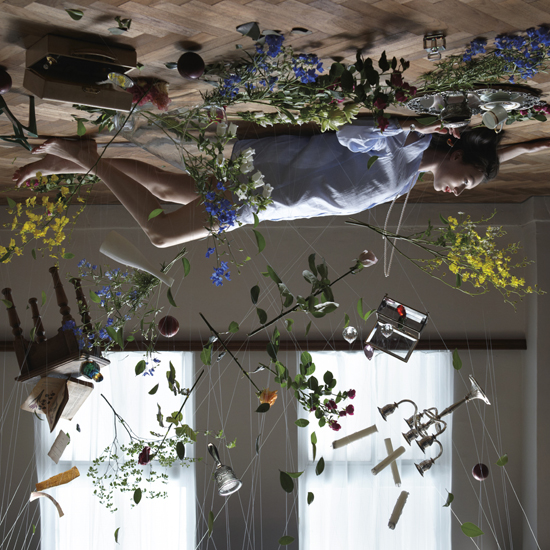 The soft psychedelia of Sun Airway always seems to dance at the edge of a cliff, never quite sure whether it’s going to flutter off like a flock of iridescent moths or plummet silently to the floor below. Unlike some acts, though, there’s no sense of giddy tension to this uncertainty, just knowledge that sometimes the pleasant experiments just flop. On Soft Fall, Sun Airway willfully step to the gap with one foot as they step away with the other.

The Philadelphians start off the disc with an ambient introduction that never takes off, and only then come to the propulsive Coldplay-by-way-of-M83 thrill of “Close”. The charging drums, floating synths, and upbeat melody are pure radio gold, but flourishes of distant, ’80s guitar and swarming backup vocals make for interesting twists to the equation.

The stunning juxtaposition of chopped orchestral samples and live string sections on instrumental interlude “Activity 2” provides one of the most invigorating moments on the disc, but it spends over two minutes lingering, only to lead to a pop song in “Wild Palms” that uses the same concepts to far less powerful results. Because of choices like these, Sun Airway sacrifice some of the power in their songwriting growth. Vocalist Jon Barthmus admirably sums the album’s conflicted stance when he sings “I try to keep the focus clear” on the title track.

While some tracks do little to differentiate from the pack (“Black Noise” mirrors “Close” but with far less focus), others, like “Laketop Swimmers”, slide by like a warm synth breeze through a string section wind chime. While there is more focus to the classically tinged electro-pop songwriting on Soft Fall than their last album (2010’s Nocturne of Exploded Crystal Chandelier), it shows up in moments, and disappears entirely at others.