Van Morrison – Born to Sing: No Plan B 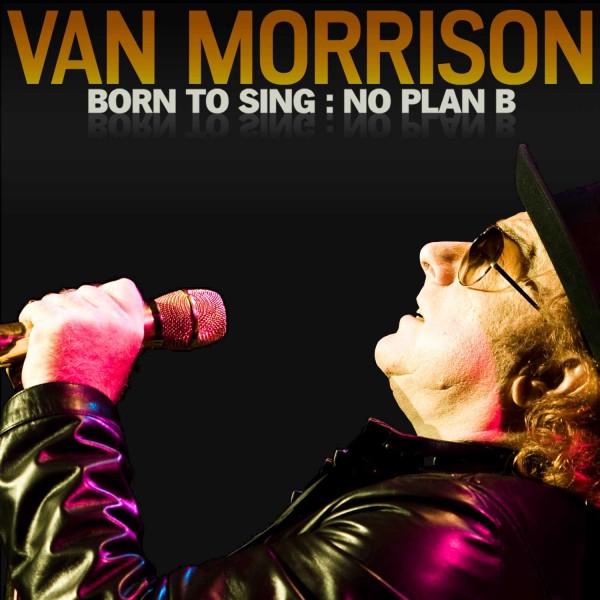 Van Morrison has released 35 studio and live albums over his 50+ years of music making and has helped write numerous top ten songs. You can’t swing a jazz musician without hitting a band playing “Moondance”, and you can’t turn on a classic rock station without hearing “Brown Eyed Girl” once an hour. These songs are the epitome of a classic. There’s a reason he’s in both the Rock ‘n Roll Hall of Fame and the Songwriters Hall of Fame.

In recent years, the magic touch that made Astral Weeks and Moondance required listening has waned. Now at 70 years old, Morrison has shed the poetics and genre bending, and has settled into a night lounge act of sorts. His voice is whiskey on the rocks and smoke in the air, and his words come more from the anger in the rye than the ether. Morrison’s latest, Born to Sing: No Plan B, is firmly planted in the jazz and blues that have influenced him for years (for better or worse), but his lyrics take on issues of greed, poverty, and materialism head-on.

The clearest example of Morrison combining his blunt anger with droopy jazz is “If In Money We Trust”. The anger is summed up by Morrison’s words in an interview: “When I looked at the dollar bill and I saw ‘In God We Trust’, I thought ‘Nah. What you really mean is — In Money You Trust,’ that’s what you really mean.” The track meanders along for a lengthy eight minutes and doesn’t build to much more than him singing, “If in money we trust/ then you call their bluff/ where’s God?” on repeat. The live recording of the album makes the nightclub vibe stronger, and the end of the track is a long, noodling trumpet solo that, while musically sound, makes a stale track even more so.

“Close Enough for Jazz” and lead single “Open the Door (To Your Heart)” have a sound to them like you’d hear from the steady weeknight jazz band at the club. There’s a tightness that comes from a group of good musicians, but a triteness that comes from Wednesday Happy Hour muzak. The former feels like an instrumental at the beginning, but then Morrison’s sepia-toned holler comes in with a minute and a half left to belt out the annoying chorus lines. Meanwhile, the latter’s theme of opening up and letting people in gets lost in aimless lines like, “Don’t you think I know who my enemies are/ the slip is showing and the door is ajar/ but this time they pushed me too far/ open the door to your heart.”

Luckily, there are also flairs of Morrison’s smart lyrics, like in the long piano jam “Going Down to Monte Carlo”. Morrison plays multiple instruments on the album, but on this track, he takes lead on piano, laying down an intoxicating groove matched by his horn section. The smoky, rather upbeat mood gets penetrated right from the start when Morrison growls out, “Sartre said ‘hell is other people’/ I believe that most of them are/ well the pettiness amazes me/ even after I’ve gone this far.” The line is angry but fresh. It gives a glimpse into Morrison’s wisdom and mindset without being too preachy— an idea that should’ve been key for this album.

The idea of our favorite artists aging while still trying to stick to what originally made them popular is contentious at best. Some have handled it gracefully, like Springsteen, by sticking to the formula. Johnny Cash stayed in by tweaking his sound and embracing both sides of the coin. Others, like Neil Diamond and now Morrison, are hoping their name gives them the edge. It’s understandable that as artists age, their mentality and views change, and thus their music will be affected. The question, then, is where does the line get drawn between giving up the ghost and giving the ghost the finger and pushing on? Morrison is pretty near that line, if not already across it, and while there are a few gems on Born to Sing, he’s riding his name through the album instead of having something to say.