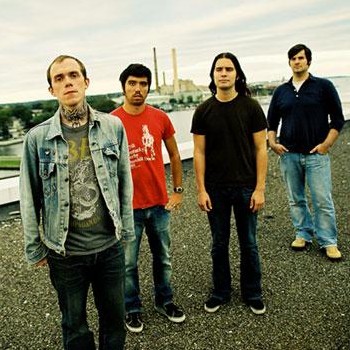 Massachusetts hardcore band Converge narrowly avoided a major accident yesterday after their van hit a patch of black ice. The accident occurred as the band was driving through the mountains of Oregon, on there way to play a show in Seattle.

As the band recounts on their Facebook, “We were forced to crash into a highway divider in order to keep from sliding under 18 wheelers. Though we were all alright, we were precariously stuck facing the wrong direction on the highway for a few hours. With a little ingenuity and the help of a highway worker with some tow chains, we managed to pry our bumper off our front wheels. A few hours later, we were back on the road.”

In August, metal band Baroness were also involved in a tour bus accident near Bath, England, leaving the band and their crew members severely injured. Fortunately for Converge, they evaded injury and made it to Seattle in time to support their Top Star-earning LP, All We Love We Leave Behind. “Thank you Seattle for the unforgettable show, we needed that,” Converge wrote on their Facebook early this morning.