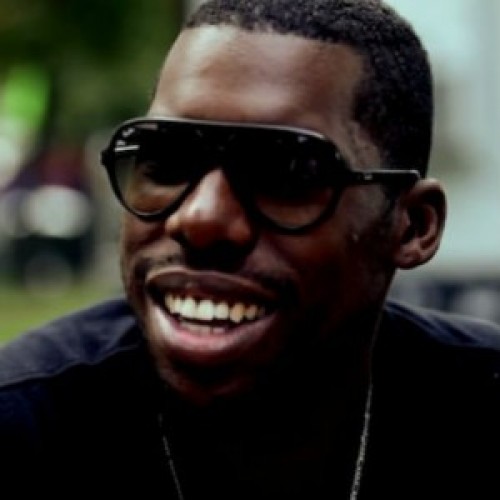 Steven Ellison (better-known-as LA beatsman Flying Lotus) keeps a pretty tight schedule. Not only does the producer run the progressive Brainfeeder record label, convince Thom Yorke to perform at Low End Theory, and have his beats grace the airwaves of Adult Swim, but he makes sure to give credit to the talent around him, including Thundercat, Earl Sweatshirt, The Gaslamp Killer, and the various other musicians on the album.

Yorke’s presence on FlyLo’s latest LP, Until The Quiet Comes, has been highly publicized, but Ellison has intentionally shied away from radio-friendly beats on the new release, producing minimal, shifting ambiance. Flying Lotus is underground, and that is just the way he prefers it.

Consequence of Sound chatted with Ellison before his upcoming fall tour to discuss the new LP, his connection with the album’s featured artists, his work on Adult Swim, and what the future has in store for the man and his label.

Cosmogramma came out after your mothers untimely passing. What was the genesis of the Until the Quiet Comes?

Before the album, I spent a lot of time thinking about what I wanted to do, but in the end I just let life happen. Its true that I was going through a lot making Cosmogramma, but the same can be said for this release. I went in with much different scenarios than my previous albums. Since Cosmogramma, I’ve just been in a different place mentally. I’ve been traveling the world a lot, and now people that I look up to have been hitting me up and shit, trying to get work done. Its put me in a strange place, because now I could produce a radio hit if I really wanted to pursue it, or I could just stay this underground person.

A lot of weird mental head spaces went on during the making of the record, and there were all these external voices that didnt belong to me, so I looked for that moment of quietwhich is how the title, Until The Quiet Comes, arose.

Your previous release was recorded in your apartment. Is the same true about Until The Quiet Comes?

It wasn’t the same apartment as Cosmogramma, but a small little flat that I’ve lived in. It was done much the same way out of my living room. It really is bedroom shit.

Based on your discography, you tend to release an LP every two years. Out of those two years, how much time would you say is dedicated to recording the album versus touring, or running your label Brainfeeder?

I dont know. It really varies. Sometimes I get in these phases where I am really not producing much, and then I get a wave of inspiration that leads to five songs in a week. Then the next five months Ill spend doing nothing.

One of your major characteristics is to produce multiple layers and textures, but still form a very cohesive song. Track one, which comes with the perfect title All In, really displays this to the fullest. As a producer, is there a certain framework that you use to lay out your own beats, vocals, and the complex live instrumentation?

There’s never really a framework. That’s just not my way of working. I really like to record a bunch of stuff, and then use those sounds as a guideline of what I am going to work with. There are times where I will just record a group of musicians playing at my house, not even sequencing anything, just recording that group dynamic. Then I’ll sequence the stuff later. The first track was actually the hardest to mix on this record. I literally mixed it until the last day that I had to do it, because of all those textures that you mentioned. It was really buggin me, and it took me a long time to get that mix down, so I am glad that you noticed it.

Thundercat is credited on track 11, DMT Song, and I know you’ve worked extensively with him in the past. Did he contribute to more tracks than just the one on this release?

I would say that he played bass on like 70% of the album. He’s like my little brother, so he’s always a big part of what I’m working on, whether he’s playing on it or he’s just the first person that I am playing it to.

Until The Quiet Comes features multiple jazz horn sections. Is your cousin Ravi Coltrane (who played sax on Cosmogramma) also part of this release?

No, he actually didnt get on this album. But, you know, he’s there in spirit.

You’ve worked extensively with great female vocalists. This release features yet another track with Daedelus wife, Laura Darlington (Phantasm), and also the signature vocals of Erykah Badu (See Thru To U), who you worked with in 2011, as director of her Gone Baby, Dont Be Long video. What are the roots of these relationships?

Laura and I actually never hang out. As close as we are musically, we’ve probably only really met like three or four times. And like twice unrelated to working on tracks. But she’s super switched on and she gets it.

Erykah Badu, she’s the real deal, man. There are a lot of artists that I wish were the real deal, but she truly nails it every take. You dont have to work hard to make her sound good. She just hits it right out the gate.

Niki Randa also appears on multiple tracks. Is she someone that you’ve discovered?

She’s actually in a band called Blank Blue, and I had done a remix for that band. Since then, I’ve just kept sampling her voice, including work on Cosmogramma and some music that we worked on before Until The Quiet Comes that just isnt out yet.

Void of lyrics, how do you go about titling your tracks?

That track titles come from real life, man. I really just try to do my best and, I guess, write a title that means something in the moment, and really pertains to where I am at.

I had the opportunity to check your set at this years Ultra. Who was the young emcee that you were working with on stage?

His name is Azizi Gibson. I signed him to Brainfeeder, and we’ve been putting his albums out. We’ve done some music together and are sure to keep doing some tracks.

I am sure a lot of your fans may have discovered you through your work on Adult Swim. How was this relationship cultivated?

There’s a guy there named Jason [Demarco] who’s awesome at bringing in talent. He’s always down with the music, and is super supportive trying to get me jobs, and looking out for me there. He sees me as part of the family, and I hope that I keep working with them. They are forward thinking and really get it. I do a lot of stuff for nothing. I dont get paid when they play my stuff on TV, so they try to give me love and hook me up with opps to make some cash on the side when they can.

You said that Azizi Gibson has some stuff coming out soon. Anything else coming from Brainfeeder we should be looking for?

We have The Gaslamp Killer album coming out September 17th.

You’ve played so many music festivals, and must notice that labels and artists have the opportunity to curate stages like never before. Off the fly, are there a few artists that you would pick for a Flying Lotus/Brainfeeder stage if the opportunity ever came about?

Ah man, there are just too many so many. To me, that’s a really serious question.

You’ve done many multi-visual projects in the past. Are you currently working on any movies or other visually based side-projects?

Yeah, I’m actually working on a film right now. I’m still writing it, but hopefully it’ll be made soon.

From reading your social media, I know you’re a fan of the Boiler Room Podcasts. You’ll be in Germany at the beginning of November during your tour, any chance that you might make an appearance?

Yeah, there have been people hitting me up about that, but it has to be the right thing.