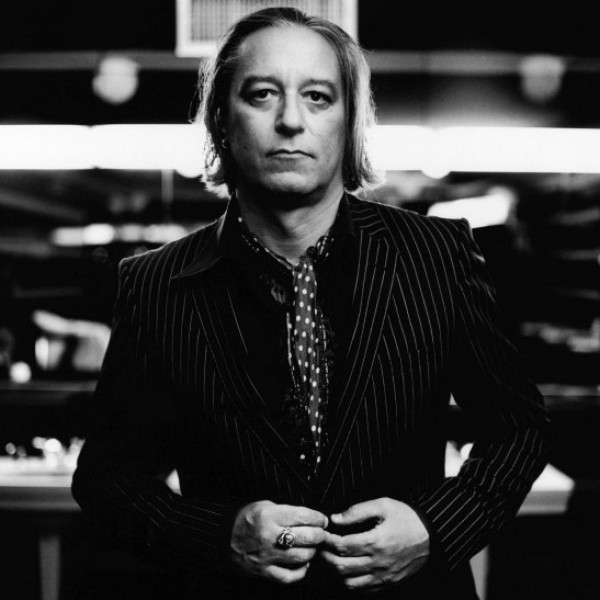 In the wake of R.E.M’s retirement, the band’s guitarist Peter Buck has been anything but a restless retiree. As the guitarist continues performing with long-term side projects such as the Venus 3 and the Minus 5, he has also started the Todos Santos Music Festival in Baja, CA, the second of which is scheduled for this winter, and he recorded and released his first ever solo album — something he said would never happen.

Recently, Buck was kind enough to take some time out for Consequence of Sound to answer a few questions about his festival and the charity it helps, his solo album (which is limited to 2000 pressings and features him singing), and listening to old R&B late at night.

It’s actually not that different. I have always been involved with side projects, as there was plenty of downtime with R.E.M. This last year I’ve worked with Minus 5, The Baseball Project, and Joseph Arthur, started a music festival, and wrote and recorded a solo project. Also, I see Mike [Mills] and Michael [Stipe] quite often. We remain very close.

This is the second year for the Todos Santos Music Festival. What prompted you to found this festival? Was this an idea youve had for some time and you were just waiting for the right moment to set it in motion?

It was actually the ending of R.E.M. that prompted the music festival. I was down in Mexico during the announcement, and I started to wonder about what I was going to do next. I’ve always wanted a gig where I could play every night and walk home afterwards, and now I have that.

This festival is held near the bottom of Baja California del Sur. Why such a remote location?

I have a home there, and from the west coast, it’s actually not too remote, less than two hours from LA and four hours from Seattle via plane. Todos Santos is just 45 miles north of Cabo, and while it is still a bit off the beaten path, those who get there will be rewarded for making the trip. It’s quite a magical place. And in the middle of winter, there is no better place to be than Baja.

The lineup of this years festival reflects last years, with a handful of performers, such as Robyn Hitchcock and Steve Wynn, returning.

The format is very similar to last time. There are 10 nights of music over the course of three weekends from January 10th to the 26th.

Once again the proceeds will benefit The Palapa Society, a charity that provides educational after-school programs for local children. How did you get involved with this charity?

This charity is close to home. I own a home in Todos Santos. I am a part of the community, and being a part of that community means I give back to it. I think the children in Southern Baja deserve all the same opportunities my children have had. There are a lot of great charities out there, but The Palapa Society is dedicated to improving the lives of children in a community where I live.

The beauty of The Palapa Society is that it is one of the few charities in the area that is truly cross-cultural. The board is made up of local citizens and members of the expat community. A lot of the expats in the area are retired artists and teachers who have the time to volunteer and are really dedicated, but having local residents on the board means the resources are concentrated where they can best benefit the community.

The price of admission to many of these shows is a wallet-friendly $0.00, with the option to purchase special seating. Last years festival reportedly pulled in around $50,000. How do you raise that much money with little to no admission costs?

The only free shows are the beach concert and the town plaza. There is a small general admission fee at The Hotel California ($2), so we can keep track of attendance and prepare accordingly. Last year, there was no GA cover charge at Hotel California, just a handful of VIP seats, and we managed to raise a large amount of money. This year we have more VIP options and more merch available. Last year, people were incredibly generous, and there’s no reason to think they won’t be this year. If you can provide people with a really great time for a really good cause, it’s not hard to get them to open their wallets.

We had someone jump up and write a 10k check last year for the band to play one more song on the final night. Also, we don’t do this festival to be inaccessible. It’s not just a “gringo fest” but a festival for the entire community. We want everyone to be able to attend regardless of the size of their wallet. We are doing this for the people of Todos Santos, so they should all be able to come out and be a part of this.

Your solo debut is set to drop October 5th, an album that you once said would never happen. Why were you against a solo record?

Michael Stipe is an incredible lyricist, singer, and front man. It’s a hard act to follow.

Youve also added that this solo album does not reflect a new career, but rather it is something that you are doing for fun. The album began to take shape after you had an injury that prevented you from playing guitar. What happened?

It was a back strain that lead to pinched nerves that unfortunately affected the movement of my right hand. It wasn’t fun, but I’m back to normal now.

Youre singing on this album as well, correct?

I sing lead vocals on eight of the songs. It’s the first time I’ve ever sung on record or in public. To be honest, it was terrifying, but the more I do it, the less frightening it is.

This album is being released on Mississippi Records, a label that you have said specializes in mid-20th century blues, gospel, and folk. The first track released, 10 Million BC, doesnt fit any of those idioms. How did you end up working with this particular label? And how representative of the album is this initial track?

I spend a lot of time in Portland, Oregon, and have been a fan of Mississippi Records for a long time now. They do things the old-fashioned way. I wanted this to be like the early days of vinyl when you actually had to go out and find that album you really wanted. This record isn’t for everyone but I believe those that try to find it are the kind of people I am trying to reach, truly dedicated lovers of music. I wouldn’t say “10 Million BC” is indicative of any of the rest of the record. This album covers a lot of ground from blues to surf rock to psychedelic rock to punk and even a sample track (“LVMF”) that’s a mashup of Millenium and Sonny Boy Williams.

You wrote that this solo album almost became a Richard M. Nixon album. What can you tell me about Richard M. Nixon, the band you have with Scott McCaughey and Bill Rieflin?

Richard M Nixon is just what I call the band that is backing me on this project. It could be anyone who happens to play with me on any given night. I had originally planned to give the album that name, but Lenny Kaye thought I should put my name on the record. And, honestly, if Lenny Kaye suggests I do something, I take that pretty seriously. The album represents me at a certain point in time and place in my life, so it makes sense to put my name on it and own it.

The world knows you as a member of R.E.M., but you’re also effectively a member of The Venus 3 and The Minus 5. Are there any plans for either of these projects in the future, aside from performing at Todos Santos?

Right now, I’ve booked some time to record a few more solo tracks. There could possibly be another Tired Pony record, but I don’t need a whole lot of new projects. I manage to keep pretty busy.

Recently, you blogged about Jimmy Reed. What is it about Reed that you admire, and who else do you wax poetic about while sipping tequila at 3AM?

All I’ve been listening to lately is mono 45s of rhythm and blues, and soul, pretty much all prior to 1971. Jimmy Reed’s music was so effortless and funky. It’s something I’ve always wanted to emulate.