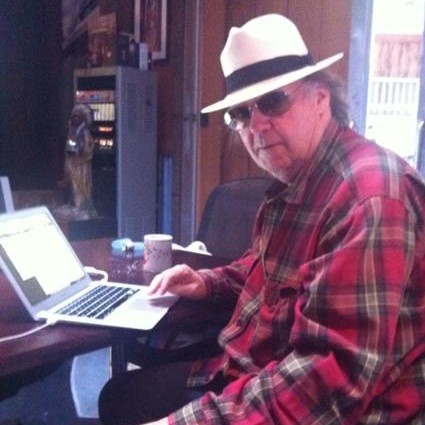 Neil Young, 66, captivated everyone on my Twitter timeline for a good hour this afternoon as he answered a series of user submitted questions via Twitter. Usually these artist Q&A’s are a forgettable waste of time and key strokes, as 140 characters doesn’t leave much room to say anything of note. Uncle Neil, however, filled 85% of his tweets with sarcasm and one-liners, leaving the remainder to reveal noteworthy tidbits. It was great.

He began by explaining why we’re all here.

He then elaborated on the new album’s title.

He dropped a few newsworthy tidbits.

And the obligatory Radiohead question.

He made some funnies.