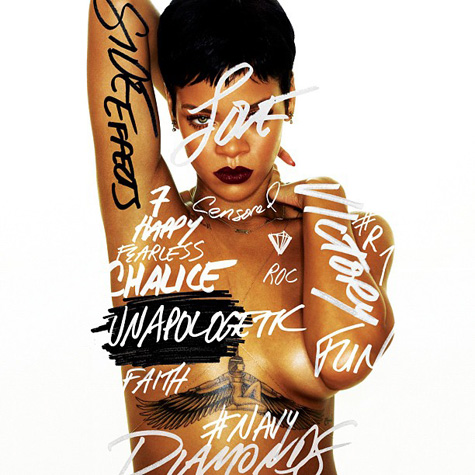 Rihanna has titled her seventh album in eight years Unapologetic, and revealed the exposing album artwork, which you can see posted above (via Rap-Up).

The album’s lead single, “Diamonds”, is streaming below. . Update: The album will arrive worldwide on November 19th.