Video: Roger Waters and My Morning Jacket cover The Band together 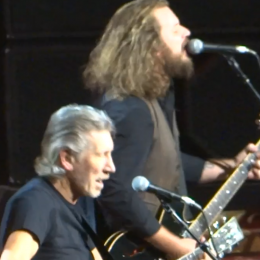 A star-studded tribute concert for the late, great Levon Helm took place in E. Rutherford, NJ last night, and among the notable moments was a cover of The Band’s The Night They Drove Old Dixie Down” by Pink Floyd’s Roger Waters and My Morning Jacket.