Video: The Pass – “Without Warning” (CoS Premiere) 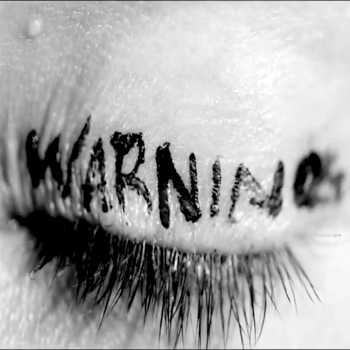 With a goal to “make a fun album but also reach new levels of emotion,” Louisville’s resident psychedelic synth-pop outfit The Pass will release Melt on November 6th (that’s Election Day, voters!) via SonaBlast! Records. Back in the summer, the band sampled the disco-ready darkness with the record’s lead single, “Without Warning”, and now they’ve unleashed the song’s video.

Lyric videos have become quite a popular trend now-a-days, with everyone from The Rolling Stones to Titus Andronicus getting in on the action. For “Without Warning”, The Pass and director Zach Hart decided to give the concept a whole new look. 180 eyelids had 180 words hand written on them, and with some literally blinking-fast cuts, the track’s lyrics are revealed one at a time. Inter-cut with overlayed shots of the band themselves, you’ll never look at a lyric video the same way again. Check it out below.