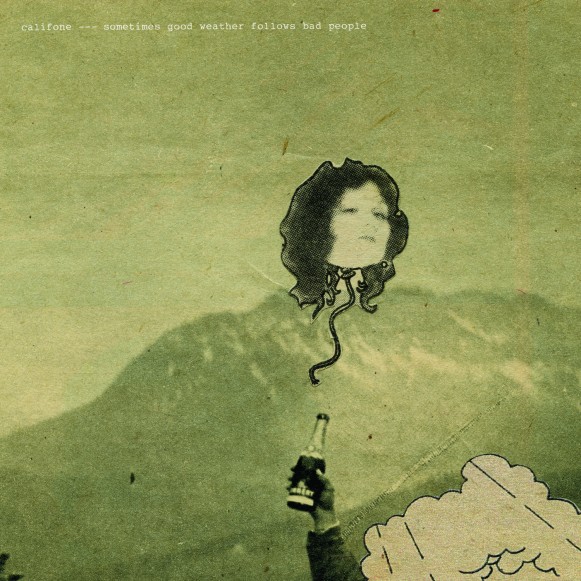 Why put out a reissue? For some musicians, it’s a means examining the legacy of a past work. For others, it’s a way to improve the sound quality of a poorly mastered, yet otherwise great album. And for even others, it’s merely a cash cow. For a very select few, it can be all of these things. Even more, it’s rare to see a band forge a new version of an album that has the ability to replace the initial in terms of significance and listen-ability. Most of the time, the extras are just that: extras. The individual extra tracks may hold their own against some of the songs on the original release (see the bonus material on Matador’s excellent Pavement reissues), but does anyone really listen to them as frequently? How often does a band weave B-sides, rarities, and other unreleased work into the original piece of art itself for something that not only sounds better, but is more coherent? It’s a practice that seldom happens. Unless you’re Califone.

A combination of the band’s first two EPs (both titled Califone), Sometimes Good Weather Follows Bad People was first released in 2002 with the bonus tracks tacked onto the end of it, as is typical with most reissues. But this material once deemed “extra” in this edition has been interwoven into the records, sandwiched in between them to serve as a bridge from one work to the next. The opening of former bonus song “To Hush A Sick Transmission (Unedited)” shares a cello-like drone with the end of “Down Eisenhower Sun Up With Mule”, which originally ended the first EP. When placed next to each other, the transition is seamless, taking listeners farther down a pitch black rabbit hole that hits bottom with the ominous fuzz of the second bonus track, “When The Snakehandler Slips”.

A tiny bit of light seeps back into the tunnel as the next EP begins with “Electric Fence”. The ramshackle ambience is still there, but grows quieter, giving way to chain-gang twang with each subsequent song. The chaos nearly disappears on the final bundle of even more bonus material. “Bathwater” powered by a steady beat and actual chorus, and “June Rat” recalls In Utero-era Nirvana with its simple, muddy chords and Tim Rutili’s unfussy vocals. Instead of merely giving fans some previously unheard goodies, these final songs drive home the reissue’s thesis: discordance giving way to cohesion. Simply put, Califone gets more focused as the reissue goes on.

Listeners will note that side one is the most jumbled, Ben Massarella’s kitchen sink percussion acting as the only constant. It holds together opener “On The Steeple With The Shakes (X-Mas Tigers)”, and continues to act as an amorphous glue across the rest of the songs. A mixture of primitive drum machines, stomps, and what might just be cutlery, the beats transmogrify as Rutili waxes surrealistic through a four-track: “Stepford Wives and Christmas tigers,” “motel sex still fresh on your hand,” “punctured houseboats in punch-drunk cases.” On their own, these images read as somewhat empty and obtuse, but when strung together, they paint a warped vision of the heartland, an exploration of weird commonalities in the suburban sticks. Califone would get more unified with their poetry on later release, particularly the pseudo-concept album King Heron Blues, but Good Weather… offers a fascinating glimpse of things to come.

The download sent out by Rutili and Massarella’s record label Perishable for the album was divided up by vinyl sides rather than individually named tracks. This was a bit frustrating at first; having to keep tabs on how many songs had gone by, then matching each one with the track listing in the press release. But after a while, the label’s decision made sense. Califone’s albums are best viewed as a whole rather than a series of dissected pieces. It’s often difficult to tell where one song ends and another begins, and the reissue of Sometimes Good Weather Follows Bad People is a testament to this fluidity, a document of a band discovering its unified sound and an unbroken fever dream of darkened Americana.

Essential Tracks: “Steeple With The Shakes (X-Mas Tigers)”, “When The Snakehandler Slips”, and “Bathwater”